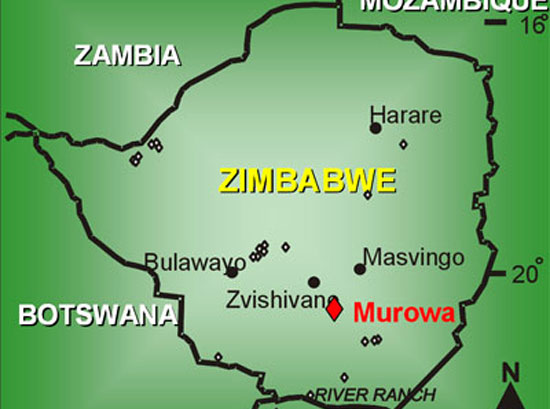 GLOBAL resources giant Rio Tinto plc paid $14 million in taxes to Zimbabwe out of a universal figure of $7,1 billion in 2014, reflecting its receding footprint in the country.
Rio Tinto sold off most of its assets in the country to RioZim in 2004 but retained a 78 percent interest in Murowa Diamonds near Zvishavane.
Rio Tinto and RioZim also jointly own the moribund Sengwa coal mine near Gokwe.
Murowa is an open pit mining operation which began in 2004 and produces about 400,000 carats per annum of large, predominantly white, gem-quality diamonds.
At 442,000 carats in 2014, Murowa production was seven per cent higher than in 2013.
The company reserves 10 percent of production for the local cutting and polishing industry as per government regulations.
In a tax report, the company said it had paid $1 million in corporate tax and $13 million in royalties.
Regionally, it paid $2 million in Mozambique, $6 million in Namibia and $110 million in South Africa.Advertisement