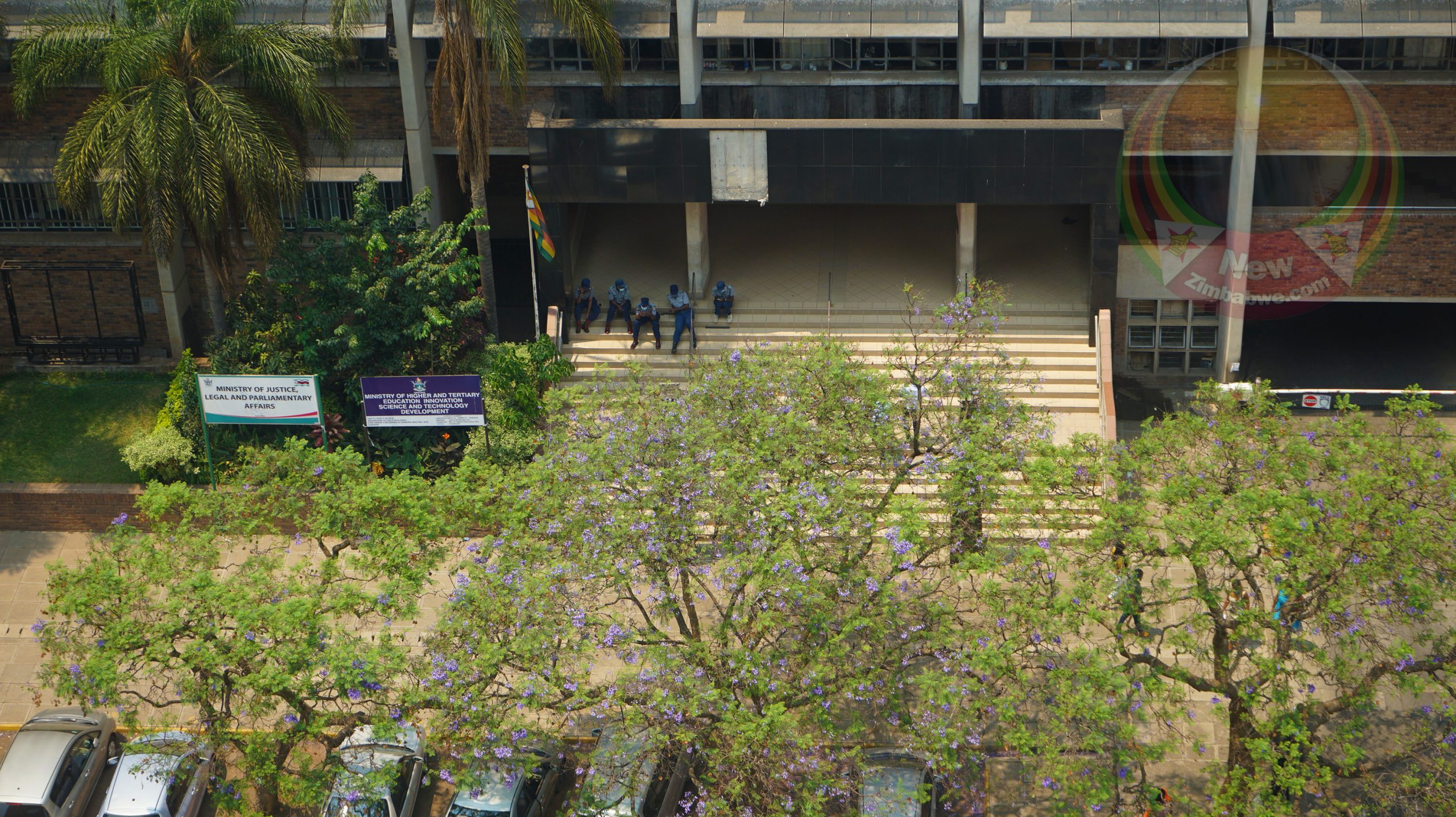 PRESIDENT Emmerson Mnangagwa’s panicky administration has deployed hundreds of police officers, many in riot gear, in Harare amid fears of an imminent uprising, it has emerged.

Security sector sources revealed that in addition to the cops, who have maintained a heavy presence in Harare’s central business district (CBD) for over a week, government has also secretly deployed significant numbers of undercover agents, mainly from the Central Intelligence Organisation (CIO) to gather intelligence.

They are required to submit daily reports.

The heavy riot police presence has been witnessed in the city centre everyday since police officers clashed with a grouping of war veterans who were protesting low allowances they receive from government.

The deployment comes at a time the governing party, Zanu PF, has been spooked by MDC Alliance Nelson Chamisa’s trailblazing nationwide campaign which it has sought to violently thwart.

It also comes amid a general apprehension occasioned by growing discontentment over worsening economic problems.

“There is general fear among police commanders at the moment that the worsening hardships could trigger civil unrest and this was worsened by war veterans taking to the streets recently,” a police source said.

“The idea is to showcase as much firepower as possible and scare away any potential rioters. This is precisely why you have seen police trucks on the streets and increasing roadblocks on the city’s main feeder roads. It’s a psychological warfare taking place,” the source said.

Another source said: “Reports that have been received generally show that there is a gloomy mood in the country which may crystalise into a civil unrest. The entire security sector is currently on alert and ready to step in if need arises.”

NewZimbabwe.com went under-cover to interview some of the riot police officers who have been spending whole days on the city’s pavements and they professed ignorance on why they were deployed.

“We actually don’t know why we were told on the streets. Normally, such information is kept away from us. We are simply told to go and occupy the streets and wait for further instructions,” a pair of female police officers who have been camped near the new government complex in Harare said.

“In short, we don’t know why we are here,” they said, clearly showing exasperation.

National police spokesperson Paul Nyathi confirmed there has been an element of a civil unrest which occasioned the deployment.

“The police have a mandate to maintain order,” Nyathi said.

“I may not be aware of what you are calling huge numbers, but police patrols or moving around in vehicles or on foot is part of that responsibility of maintaining police visibility and assuring the public of their safety,” he said.

Asked who specifically has threatened public security, Nyathi said: “I do not know what you mean by asking if the public safety is under threat. Remember police have a duty to conduct patrols in the country and patrols are conducted by the police moving around and being seen by the public, so I do not know if there is a problem if the forces are patrolling.”