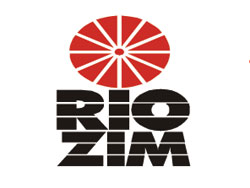 HARARE: Miner RioZim has reported an 85 percent jump in gold output in the year 2015, driven by the resumption of operations at the historic Cam & Motor mine in Kadoma, which has helped the firm narrow its losses and pursue recovery after a recent history blighted by expensive debt.
RioZim’s total gold output in 2015 reached 1.2 tonnes (42,328.75 ounces) after Cam & Motor reopened in April and weighed in with 450 kilogrammes (15,873.3 ounces). RioZim gold output was 648 kilogrammes (22,857.5 ounces) in 2014. Renco Mine in Masvingo accounted for the entire 2014 gold production and the bulk of the 2015 output.
The group still lags behind Zimbabwe’s largest gold producer Metallon, whose output was 97,000 ounces (2.74 tonnes) in 2015. Output at Freda Rebecca mine in Bindura was 67,000 ounces (1.9 tonnes) in 2015, while Canada-listed Caledonia’s Blanket mine in Gwanda produced 42,804 ounces (1.2 tonnes) of gold in 2015.
RioZim’s gold business recorded an operating profit of $5,3 million in the year to December 31, but this positive showing was neutralized by losses at the Empress Nickel Refinery (ENR), resulting in the group posting a $150,000 operating loss. The performance, however, was still a remarkable improvement on the operating loss of $11 million in 2014.
Care and maintenance expenses at ENR, whose sole source of nickel and copper matte supplier – BCL of Botswana — suspended supplies during the year, amounted to $9 million.
Minus the ENR care and maintenance costs, RioZim says it would have registered a 26 percent reduction in operating costs.
Management believes the ENR care and maintenance programme will end this year, with the Botswana matte supply resuming, resulting in additional revenues. ENR has in the recent past been RioZim’s cash cow, contributing as much as 70 percent to group revenue.
RioZim’s revenue was 14 percent down at $56,5 million, reflecting weaker metal prices.
The multi-commodity group — with gold, base metal, diamond and energy subsidiaries — is slowly retreating from the precipice after a $59 million debt nearly forced its collapse in 2011.
The company was salvaged after GEM Raintree, an associate firm of Harpal Randhawa’s private equity firm Global Emerging Markets, took out a 25 percent stake in RioZim in 2012.
In January, RioZim shareholders approved the restructuring of its debt from short-term to long-term, with an asset management firm set up by Zimbabwe’s central bank taking up $34 million of the debt.Advertisement

The transaction will see the repayment period spread out to five years, while the cost of funds under the debt restructuring will come down to nine percent from 18 percent previously.
RioZim though is technically insolvent, with current liabilities exceeding current assets by $19,4 million at the end of 2015, although this is an improvement on the previous year’s negative net asset value of $50,8 million.
RioZim management is betting on its restructured balance sheet and resumption of operations at Empress for a return to sustained profitability.