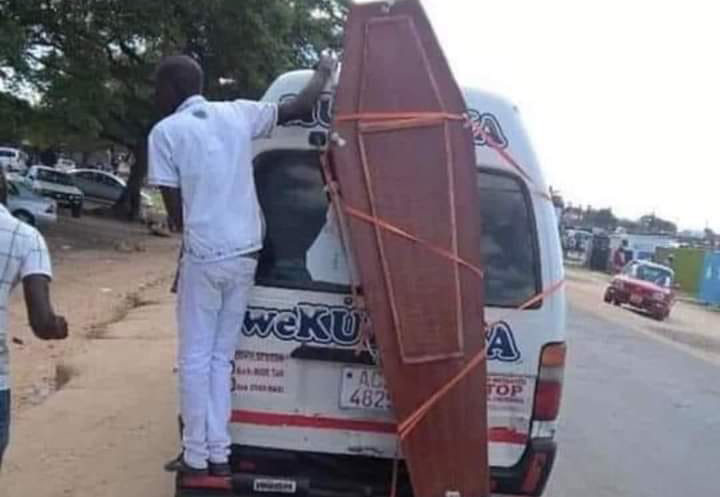 AN image of a tout hanging precariously at the back of a commuter omnibus with a coffin fastened onto the vehicle beside him has sent the internet into a frenzy.

It remains unclear whether the coffin had a corpse, but the vehicle’s registration plate suggests the omnibus is from Zimbabwe.

The picture shared on SA Long Distance Truckers Facebook page has over 1 000 engagements.

While some netizens chose to highlight the comical side of the incident some tried to make sense of the image.

One user Kalay Naidoo commented “OMW what the hell is this. unbelievable”.

RM Ngomane, assuming a corpse was in the coffin wrote “I don’t see anything wrong here he is dead so why not take his last ghost threatening ride”.

With pun intended Kenneth Bailey commented “RIP he was a stand-up guy”.

Another George Mapena chimed in saying reaching the destination and burial are more important, “by hook or crook the coffin has to reach the deceased. What matters is the burial”.

Dawn Els suggested the coffin might be transporting something else “empty one hopes, but nowadays coffins are used for all kinds of things not just corpses”.