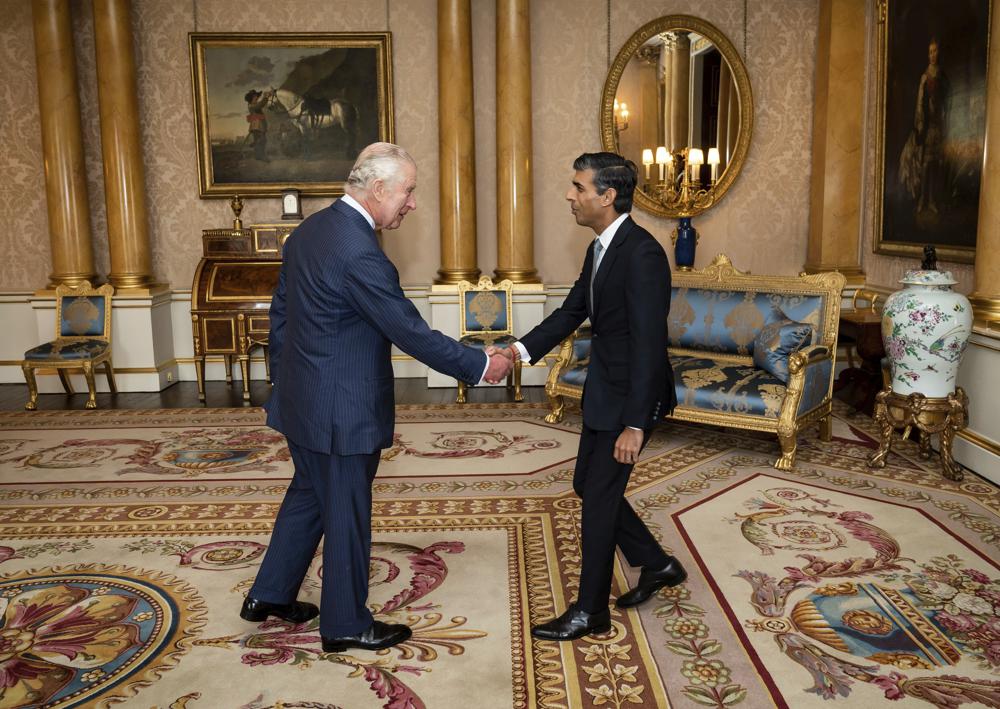 LONDON: Rishi Sunak became Britain’s third prime minister of the year on Tuesday and now must turn his attention to taming an economic crisis that has left the country’s finances in a precarious state and millions of Britons struggling to afford food and energy bills.

Sunak, the U.K.’s first leader of colour, met at Buckingham Palace with King Charles III, who had just accepted the resignation of Liz Truss.

Sunak — at 42 the youngest British leader in more than 200 years — is expected to immediately begin appointing a Cabinet and getting to grips with an economy sliding toward recession. The third Conservative prime minister this year, he will also try to unite a governing party that is riven with divisions after Truss’ brief, disastrous term weakened Britain’s already difficult economic outlook.

Speaking outside the prime minister’s residence, Sunak acknowledged mistakes by his predecessor and promised to place “economic stability and confidence” at the heart of his agenda.

He said he would confront the “profound economic crisis” with compassion and lead a government of “integrity, professionalism and accountability.”

Truss departed after making a public statement outside the prime minister’s 10 Downing Street office, seven weeks to the day after she was appointed prime minister. Sunak was selected to replace her as leader of the governing Conservative Party on Monday.

Truss offered a defence of her low-tax economic vision and her brief term in office before being driven from the prime minister’s official residence for the last time. 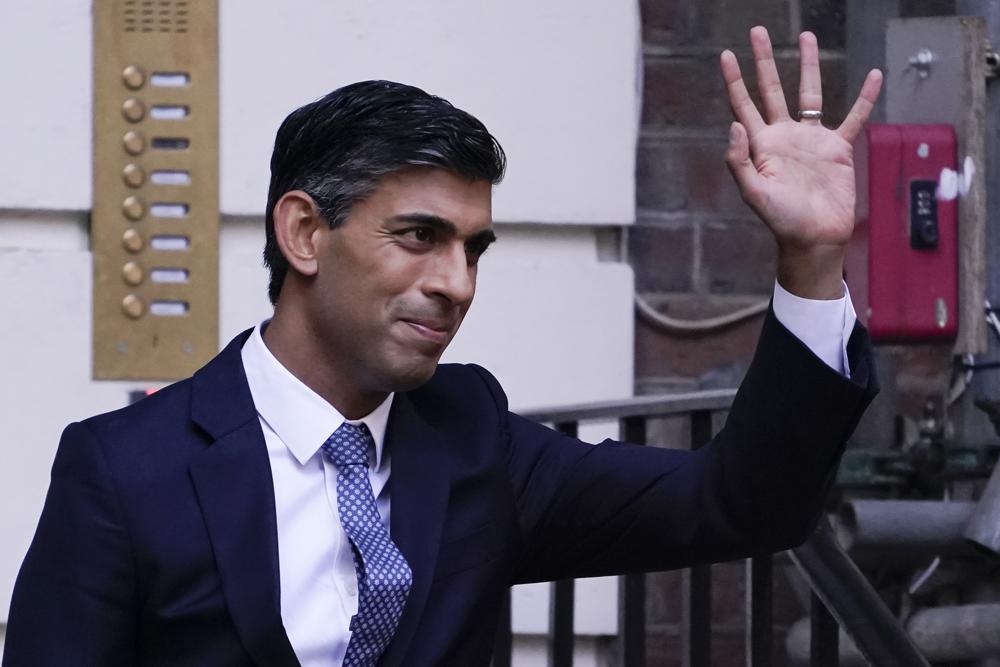 “I am more convinced than ever that we need to be bold and confront the problems we face,” she said. She stood by the free-market principles of “lower taxes” and “delivering growth,” despite the market mayhem triggered by her Sept. 23 budget package.

Truss wished Sunak success as Britain continues “to battle through a storm.”

Sunak’s top priorities will be appointing Cabinet ministers, and preparing for a budget statement that will set out how the government plans to come up with billions of pounds (dollars) to fill a fiscal hole created by soaring inflation and a sluggish economy, and exacerbated by Truss’ destabilizing economic experiments.

The statement, set to feature tax increases and spending cuts, is currently due to be made in Parliament on Monday by Treasury chief Jeremy Hunt — if Sunak keeps him in the job.

Sunak, who was Treasury chief himself for two years until July, becomes prime minister in a remarkable reversal of fortune just weeks after he lost to Truss in a Conservative election to replace former Prime Minister Boris Johnson. Party members in the summer chose her tax-cutting boosterism over his warnings that inflation must be tamed.

Truss conceded last week that she could not deliver on her plans — but only after her attempts triggered market chaos and worsened inflation at a time when millions of Britons were already struggling with soaring borrowing costs and rising energy and food prices.

The party is now desperate for someone to right the ship after months of chaos under Truss and Johnson, who quit in July after becoming mired in ethics scandals.

Sunak was chosen as Conservative leader after becoming the only candidate to clear the hurdle of 100 nominations from fellow lawmakers to run in the party election. Sunak defeated rival Penny Mordaunt, who may get a job in his government, and the ousted Johnson, who dashed back from a Caribbean vacation to rally support for a comeback bid but failed to get enough backing to run.

As well as stabilizing the U.K. economy, Sunak must try to unite a governing party that has descended into acrimony as its poll ratings have plunged.

Conservative lawmaker Victoria Atkins, a Sunak ally, said the party would “settle down” under Sunak.

“We all understand that we’ve now really got to get behind Rishi — and, in fairness, that’s exactly what the party has done,” she told radio station LBC.