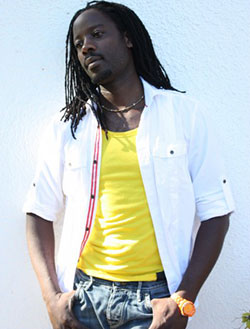 HE is the consummate artist whose irrepressible talents could not be limited to a single discipline.
Audiences in Zimbabwe and abroad came to know him as a dancer and choreographer with the esteemed dance company, Tumbuka.
But on the 10th of May, guests to this year’s edition of the Zimbabwe Achievers Awards (ZAA) in London will rock and skank to the multilingual, soulful reggae vibes of Mathias ‘Matty’ Julius.
The silky-voiced crooner, who has recorded two albums to date, is fast emerging as one of Africa’ most exciting original reggae artists.
At a time when West Africa is sweeping the continent in a harmattan of the highly infectious Afrobeats rhythms, Matty is helping to shore up reggae music on the continent.
He has been featured extensively in the media and has also performed live on the BBC World Service.
Singing in Shona, Ndebele and English, Matty writes about love, life and the challenges facing many of his compatriots today.
His music draws on a variety of influences, from traditional and popular Zimbabwean music to reggae and dub.
Ever since the legendary Bob Marley came to perform at Zimbabwe’s inaugural independence celebrations in 1980, reggae music came to be a key part of the country’s urban youth culture, particularly in the working class townships.
But while the “ghetto youths” (as they affectionately refer to themselves in their music) have launched into the more brash, boisterous and street-wise dancehall sub-culture, Matty has stuck to what he knows and does best.
He belongs to an enduring community of Zimbabwean original reggae artists who have stuck to their craft despite the vicissitudes of the economy and the music market.
Of his journey to recording artiste via dance and choreography, Matty says: “Since I was a kid my dream was to be a performer – music or dance.
“And I started with music as a teenager trying to do the old dancehall we called digital in those days, playing pots and pans to make ‘riddims’.
“Then around the early nineties I found myself wearing tights, doing ballet and contemporary dance with Tumbuka Dance Company, and I fell in love with dance and travelling and seeing the world.”
“I was always singing throughout my dancing career, and then in 2006 I decided to set up my own recording studio and start to make music.Advertisement

“So I have a soft spot for both. Dance will always be in me but music is growing in me now. I’m lucky to have had the opportunity to pursue both my dreams,” he explains.
His debut album, “Here I Come”, was recorded in 2006 and is currently selling online on iTunes, Amazon and other online stores.
In 2011 Matty followed this up with a second album, “Don’t Look Back”, which received generous airplay on Zimbabwean stations and on international online radio stations in the UK, the US, Canada, South Africa and Australia.
The hit song “Twenty-Ten”, an innovative collaboration with Zimbabwean star Oliver Mtukudzi, featured in Zimbabwe’s top twenty. “Pahushamwari Hwedu” was the Tafara-born Matty’s huge hit single released in March 2012.
A collaboration between well-known artists on Zimbabwe’s reggae scene, it features Matty, Mannex Motsi, Thanda Richardson, Kalabash, Cello Culture, Mary Motsi, Chaza, J.Farai, and Lady Squanda.
“The track is about reggae artists in Zimbabwe coming together as one, about togetherness as a nation, about peace and loving one another,” Matty says.
Pahushamwari Hwedu, Mathias “matty” Julius