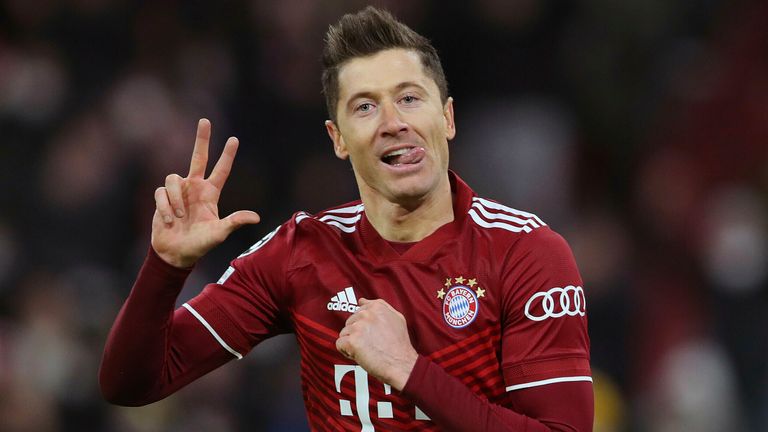 MIAMI: Already wearing Barcelona’s colours, Robert Lewandowski joined the squad in Miami on Sunday ahead of his medical and the signing of his contract with the Catalan club.

“I am very happy to have joined FC Barcelona,” Lewandowski said from Miami in a video released by Barcelona ahead of its U.S. tour.

The striker will sign his contract and be officially introduced by the club after undergoing the medical on Monday.

Barcelona on Saturday reached an agreement with Bayern Munich to acquire the Poland striker in a deal expected to reach nearly 50 million euros ($50.5 million).

Barcelona’s squad, still without Lewandowski, had its first training session in the United States on Sunday. It will play Miami in Florida before facing Real Madrid in Las Vegas, Juventus in Dallas and the New York Red Bull in New Jersey.

The 33-year-old Lewandowski has been one of soccer’s most prolific scorers in the last decade and was voted as FIFA’s best player of the year in 2020 and 2021. He arrives to boost a Barcelona team that did not win any titles last season following the departure of Lionel Messi.