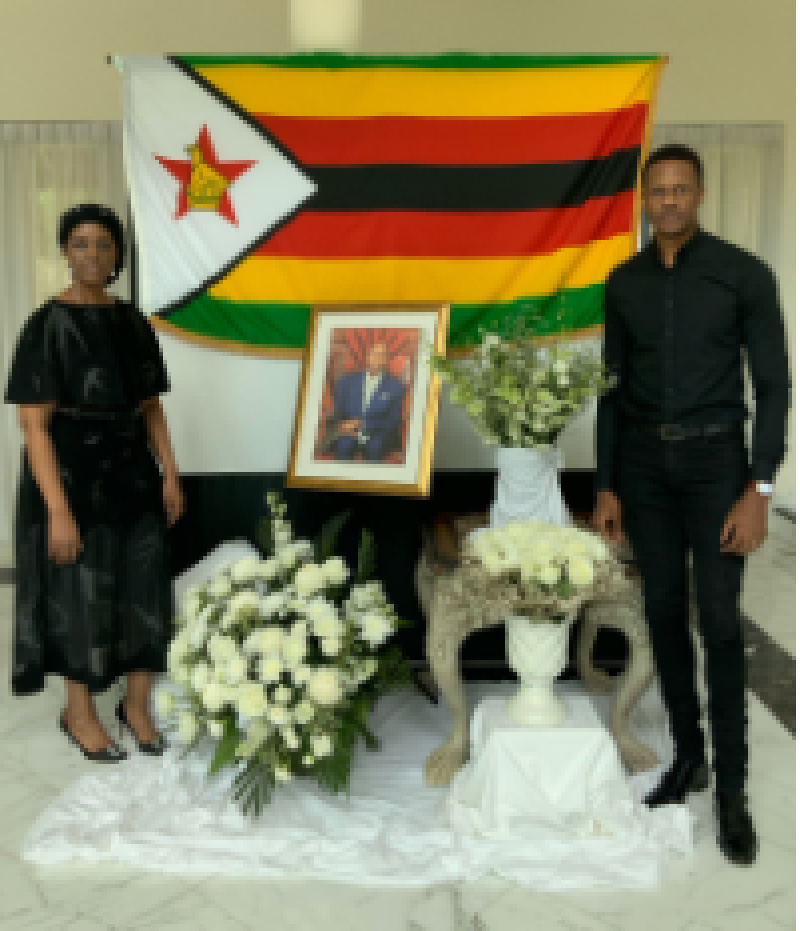 ROBERT Mugabe Jnr, one of the two flamboyant sons of late former Zimbabwe strongman, Robert Mugabe sparked social media outrage after he posted a message remembering one year after his father’s death.

Mugabe died on 6 September 2019 in Singapore before he was buried at his rural home in Zvimba.

Robert Jnr took the opportunity to remember his father and posted pictures of him and his mother, former First Lady Grace Mugabe having a memorial event an unknown location.

However, the tweet was not taken lightly by many Zimbabweans who responded to it, some describing the late long-serving leader as a murderer.

Twitter users also accused the former president of presiding over the current economic and political ruin in Zimbabwe.

“The legend of our misery, the legend who robbed us of our freedom. Mugabe was a brutal leader; he should be remembered as a ruthless dictator he was. Death should not make him a Saint he was not. He massacred people to remain in power. He is your legend, not ours,” said @ProggySibanda.

“Is this the same legend that killed over 20 000 citizens, then ran the country to the ground, allowed his young wife and cronies to loot uncontrollably, was then deposed through a coup de tat by the same cronies that kept him in power. Is this the man who died a bitter old man?” tweeted @ndumzco.

However, not all Twitter users shared the same feelings as some felt that the late leader was indeed a legend and deserved to be honoured.

“Hate him, like him. RGM was a true Legend. That man was blessed greatly with wisdom,” tweeted @_Midzonga.

“He played his part no one is a Saint even those one would want to accord legend status. Rest in eternal life Gushungo,” wrote @tag1980.