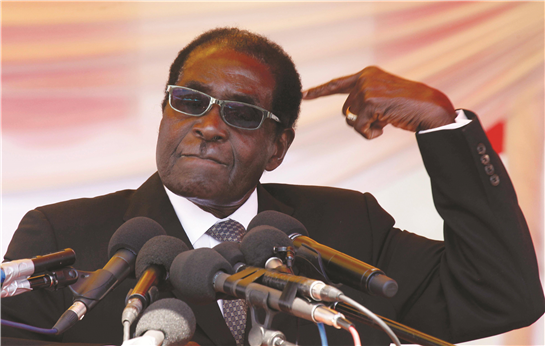 AS Zimbabweans struggle to come to terms with Robert Mugabe’s 34-year grip on power and the subsequent socio-economic and political meltdown that followed, readers would be forgiven to mistake this unfolding drama to the 1284 tale of the pied piper of Hamelin, whose tragic and mysterious end is as dramatic as its beginning. Indeed, Robert Mugabe, just like the pied piper of Hamelin, emerges from the wilderness during a time of need but few knew who he was.
Mugabe was a stranger in the political dynamics of the country in two main ways. Firstly, he was only catapulted to the top of the leadership hierarchy of the liberation movement as late as the 1970s; before that, he was an unknown entity. Secondly, although many are reluctant to discuss the incumbent’s background publicly, the brave few mention his Malawian connection in forked tongues and largely as an expression of anger. It implies that, like the mysterious pied piper, a stranger to the town, assigned to eradicate the menace of a rat infestation by city dwellers, Mugabe is tasked by Zimbabweans, in spite of his shadowy background to lead the struggle as opposed to known cadres who had been in the trenches for long, from Joshua Nkomo, Ndabaningi Sithole and many others to mention a few.
Indeed, to musk his questionable identity, the pied piper emerges in Hamelin dressed in a multi-coloured outfit, meant not only to impress but to hide his identity which only became public when he blew his mysterious pipe, in the process luring the innocent children of Hamelin into the cave after which they were never to be seen again. In the same way, physically, Mugabe is known for his unquenchable appetite for western attire, a passion he associates with gentlemen, of which he regards himself as one. And, added to this imposing physical allure, is the incumbent’s education which, even his most serious critics struggle to dispute.
It is this artificial, physical, psychological and misleading impression created around Mugabe’s persona and image, just like the pied piper’s, which is deceptive. It is this outward physical image  built around the piper, just like Mugabe’s, that fooled dwellers of Hamelin into assigning a stranger among many local rat catchers with  the mammoth task of  eradicating a rat infestation but only to end in a tragedy.Advertisement

Mugabe is well aware of his strengths and flaws just like the pied piper. It is the magnitude of the task at hand before the mysterious piper that informed the stranger to exploit the magical powers of the pipe to lure the menacing rats of Hamelin to the Weser River where all but one drowned. Likewise, Mugabe thrives on his deceptive physical outlook cemented by his proficiency in the English language, punctuated by his anti-western rhetoric and sanctions mantra to conceal his incompetency, leadership deficiency, corruption and nepotism – evils at the centre of the country’s socio-economic and political paralysis.
Like the menacing rats of Hamelin that drowned into the Weser River in their truancy from the magical powers of the piper’s tune and the innocent children whose fate was sealed in the cave, Mugabe drags his people to his grave, for, to him, there is no future but just the present. In this weird mindset, the incumbent is the beginning and the end. Likewise, many follow him blindly, being lured by his rhetoric, proficiency in English as well as his gentleman-like posture that betrays the inner being, but with devastating consequences, for the end of the errand is the Weser River.
At 90 years, Mugabe is fortunate enough to be still alive, for many have perished at a much tender age than this. However, it’s regrettable and unfortunate on the part of the incumbent to preside over the stench that engulfs the nation, a legacy that will haunt him even in his grave for centuries. As if the damage he has inflicted on the country isn’t enough, the centurion is at the centre of mortgaging the nation’s resources to the Chinese, thus robbing the present and future generations of their livelihood.
In June this year, the World Bank raised the alarm, warning Mugabe against mortgaging the country’s resources, arguing that this practice jeopardises future generations’ welfare. As Nadia Piffaretti, the World Bank’s senior economist warns Harare, the idea of securitisation of minerals is not the best option for the country, considering its development stage, for it “might just take away the future of your children”. As Mugabe globe-trots from Beijing to Harare and back in search of the $27 billion bailout to fund a dead beast in ZimAsset, it doesn’t need a rocket scientist to realise that the 90-year-old incumbent has his eyes on the mineral resources of the country as collateral for the bailout fund. It is the depleted diamonds of Chiadzwa, the platinum reserves and gold that Mugabe mortgages to foreigners that constitute the livelihood of present and future generations.
Regrettably, the wealth from these natural resources is unaccounted for and at worst undervalued. A report by Partnership Africa Canada on illicit financial flows in the diamonds industry found out that Zimbabwe lost about $770 million in potential revenue between 2008 and 2012 through undervaluation and transfer pricing of its gems from the Marange diamond fields. In most cases, the report noted, the gems were exported to the United Arab Emirates – and mostly Dubai. The UAE allegedly imported Zimbabwe diamonds cheaply but exported them at much higher prices. This loss through undervaluation of the gems excludes millions of dollars unaccounted for from the industry and Mugabe presides over this rot. In doing this, the incumbent not only decimates the lives of the present generation but, the future as well.
In fact, what Mugabe fails to realise, or doesn’t bother to appreciate is that Zimbabwean children don’t have any other place they call home beside the motherland. While the incumbent is busy accumulating wealth for Grace, Chatunga and Robert (jnr), his immediate family, as well as for his nephews, he is as heartless as the pied piper of Hamelin to lure firstly, the rats into the Weser River before he disappears with one hundred and thirty innocent children into a cave and never to return – in Zimbabwe’s case it is the whole nation being dragged to the incumbent’s grave.
Grace’s elevation within the hierarchy of the women’s league in Zanu PF is part of the grand plan by the incumbent to safeguard the ill-gotten fortune in the post-Mugabe era and soon, it is Robert junior’s turn to be anointed. As long as Zimbabweans are docile enough to sheepishly follow their pied piper to his grave, they will perish in their truancy while dancing to the mysterious but hollow tune just like the rats of Hamelin. Indeed, the country has its own pied piper in Mugabe; dragging it to his grave.
William Muchayi is a pro-democracy and political analyst who can be contacted on wmuchayi@gmail.com