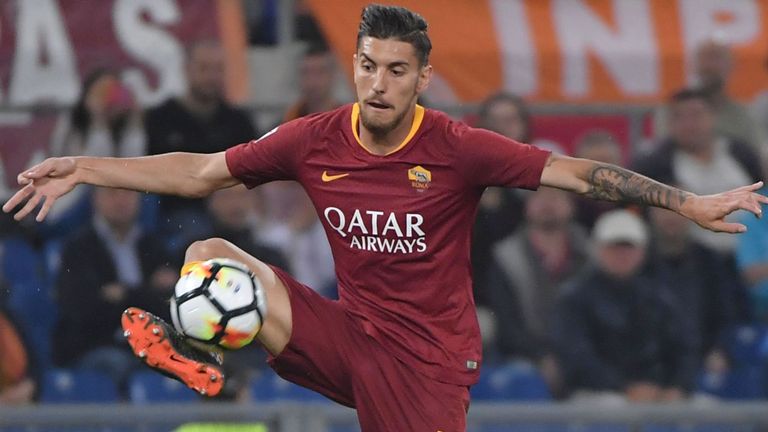 Lorenzo Pellegrini’s agent on Tuesday dismissed speculation that the Italian international midfielder was set for a move from Roma to Manchester United.

Jose Mourinho’s United were reported to be preparing a January swoop for the 22-year-old, who has a 30 million euro ($34 million) release clause.

“I’m sorry that rumours have spread about financial aspects relating to him and his teammates, that for Lorenzo have never been important,” Giampiero Pocetta told Corriere dello Sport.

“He doesn’t live for meetings, especially financial ones.”

United directors reportedly met Pocetta in London on Saturday and made a sizeable offer.

“Pellegrini is only thinking about improving with, and for, Roma,” insisted Pocetta.

“He’s getting what he deserves on the pitch, and the rumours about the transfer market have never distracted him nor disturbed him.

“These issues don’t count for now, it’s normal that Pellegrini is liked. Lorenzo is happy though, he’s already chosen Roma once.

“Then, when it’s time, we’ll sit down with (Roma sporting director) Monchi again.”

Roma are top of their Champions League group ahead of Real Madrid, but are just sixth in Serie A, 15 points behind leaders Juventus.

Pellegrini rose through Roma’s youth ranks and made one senior appearance before being sold to Sassuolo. The capital side exercised a buy-back option in 2017 and the player is under contract until 2022.

He has nine caps for Italy following his debut last year.