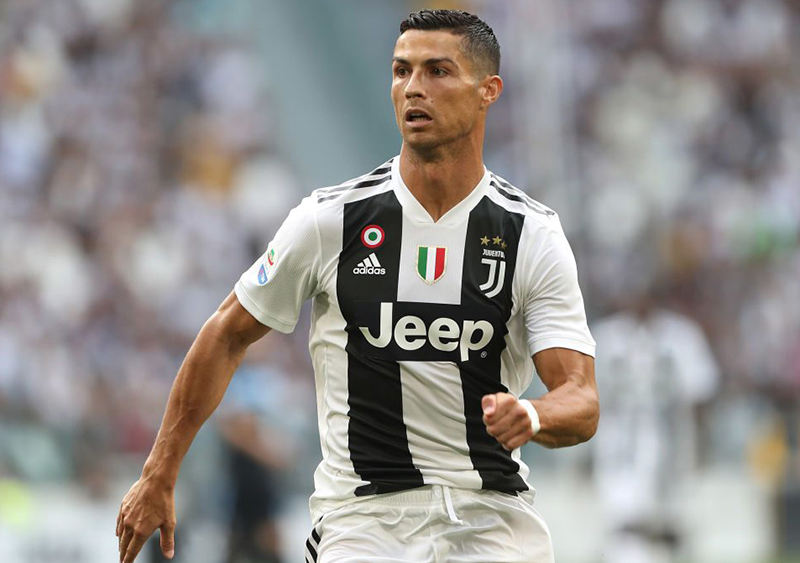 Cristiano Ronaldo converted a penalty to cap a dominant 3-0 win for Juventus over Fiorentina on Saturday as the Italian champions continued their charge to an eighth consecutive league title by opening an 11-point lead on top of Serie A.

Ronaldo slotted in his 10th goal from 14 league games from the spot after 79 minutes, to add to Rodrigo Bentancur’s opener after half an hour in Tuscany with captain Giorgio Chiellini volleying in after 69 minutes.

The Portuguese star was substituted just afterwards for the first time this season after receiving a yellow card, spending the last 10 minutes on the bench.

Massimiliano Allegri’s side have 40 points from 14 games with second-place Napoli on 29 points before they host Atalanta on Monday.

It was Juventus’ fifth consecutive win in the championship and 13th in 14 games, as they have won all their away games, with just one home draw against Genoa.

“This is a squad of great champions, great talents, but above all of great men,” said Allegri.

“Technique alone is not enough, you need humility … you need players who are open to chasing opponents down, of working for their teammates.

“We knew the difficulties, but we soon took command of the game,” said Allegri, just days after his side seal their ticket to the Champions League knock-out rounds.

“In the second half Fiorentina created problems for us but the victory was deserved.

“When you have such talented players in attack, they don’t need too many instructions and it’s important not to limit them,” continued Allegri.

“We just have to get the ball up to them.”

Juventus dominated the game before which tributes were paid to former Fiorentina captain and Italian international Davide Astori who died suddenly last March.

Midtable Fiorentina threatened in the second half through Federico Chiesa and Jordan Veretout but fell to their first home defeat this season, with Stefano Pioli’s side without a win since September 30.

“We came up against the strongest team in Italy. It’s an ugly, heavy defeat which I do not think it reflects the match,” said Pioli.

“We’re not where we want to be, but the goal remains Europe.”

Uruguay international Bentancur broke through after a solo run with an angled low finish into the corner of the net.

Chiellini picked up a corner to turn in the second for the veteran defender’s first goal of the season.

Ten minutes later Mario Mandzukic’s cross caught Edmilson’s arm with Ronaldo slotting in the resulting penalty before being replaced by Federico Bernardeschi after a yellow card for his goal celebration.

He becomes the first Juventus player to score ten goals in his debut 14 season since Welsh international John Charles in 1957-58.

In Genoa, Fabio Quagliarella continued his goal spree with a brace which helped get Sampdoria back winning after five games with a 4-1 success which piled the pressure on struggling Bologna.

Italian international Quagliarella scored after 25 and 68 minutes to bring his tally for the season to seven goals.

Dennis Praet opened on ten minutes with Gaston Ramirez also finding the net against his former club five minutes before the break.

Sampdoria move up to ninth, one point off the Europa Leauge places with Bologna stuck third from bottom after their seventh defeat of the season.

Earlier, in a match between two sides fighting relegation, Slovenian winger Jasmin Kurtic scored headers in either half to rescue a 2-2 draw for 10-man SPAL against Empoli.

On Sunday, Inter Milan, a point Napoli in third, will look to pile the pressure on Roma who have dropped to seventh.

Lazio, in fourth, will try to close the gap on the top three with a trip to Verona side Chievo, who held Napoli 0-0 last weekend.