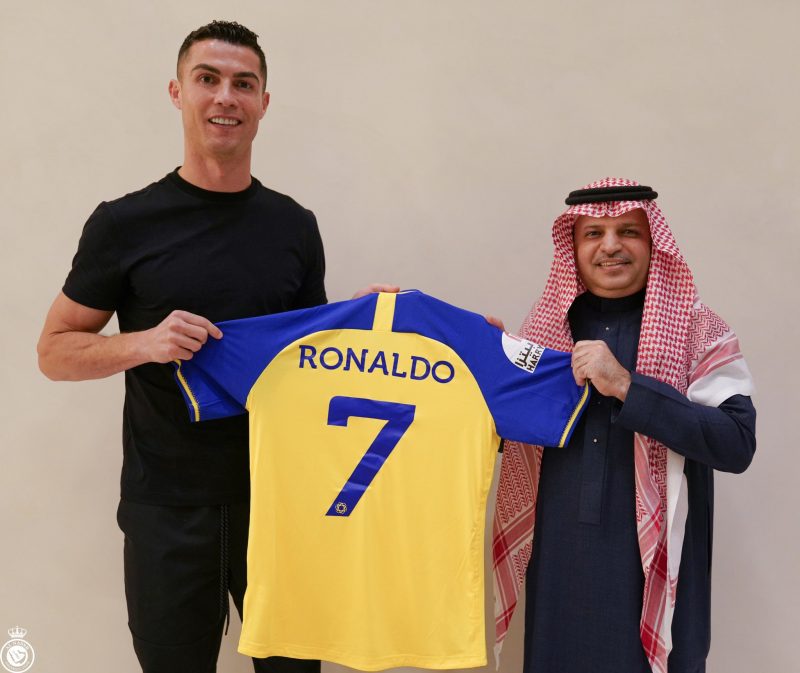 The five-time Ballon d’Or winner joined Al Nassr on Friday, signing a reported two-and-a-half-year contract well over a month after his acrimonious exit from Manchester United.

Ronaldo is reportedly set to earn £62 million (€69.9m) per season, making him the world’s highest-paid footballer by some distance.

After the completion of the transfer, Ronaldo could make his debut in Al Nassr’s first game of 2023, which is a date against Musona’s Al Taai on January 5.

Musona has established himself as one of the key players at Al Taai and barring any injuries, is expected to be in the starting line-up when they face Ronaldo’s new club.

Al Taai are currently in 10th position on the log standings while Ronaldo’s new club are in second and firmly in contention for the Saudi Pro League title.

Al Shabab lead the Pro League by two points ahead of second-placed Al Nassr, with a top-of-the-table clash lined up for January 13.

Formed in 1955 and winning the Saudi top flight in their very first season, Al Nassr have nine championships to their name – second only to Al Hilal’s 15.

Indeed, Al Nassr and Al Hilal have between them won eight of the past nine Pro League titles, although Al Hilal have taken the most recent three in a row.

The two sides contest the Riyadh derby, with the shares spoiled after a 2-2 draw in the most recent edition on December 26.