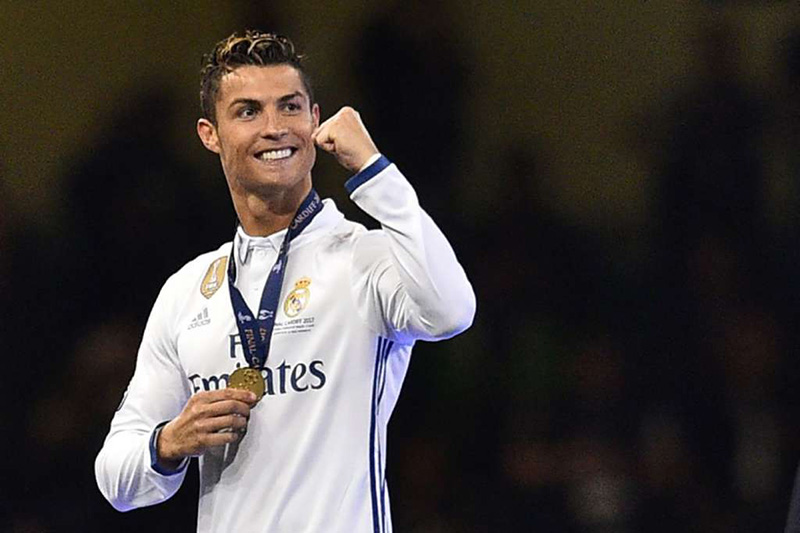 UKRAINE: Cristiano Ronaldo cast a shadow over Real Madrid’s third consecutive Champions League triumph by suggesting he could have played his last game for the Spanish giants in Saturday’s 3-1 win over Liverpool in Kiev.

Ronaldo, 33, has now won five European Cups in all, but failed to score in a fourth final as Gareth Bale was the hero for Real after coming off the bench to score twice.

“I am going to enjoy this moment and in the next few days I will give an answer to the fans, who have always been at my side,” Ronaldo told BeIN Sports Spain.

“It was very nice to be at Real Madrid. In the next few days I will speak.”

Ronaldo later admitted his immediate post-match comments had been ill-timed.

“It wasn’t the perfect time. I don’t want to take away any credit from what Madrid have done. To win three consecutive Champions Leagues is a unique moment, he added.

“Personal situations are not important at this moment.”

However, Perez hinted he was tired of Ronaldo’s intimations he could leave.

It isn’t the first time Ronaldo, who joined Real from Manchester United for a then-world record fee in 2009, has appeared close to the exit door at the Santiago Bernabeu.

In 2012 he claimed to be “sad” in Madrid, and, even after securing a first European Cup and La Liga double for Madrid in 59 years last season, Ronaldo was also reportedly looking to leave.

Then, it was for what he perceived as a lack of support from the club over an ongoing tax investigation into the management of his image rights from the Spanish authorities.

Ronaldo himself said this week of speculation over who might arrive at Real: “They always speak about 50 players and in the end no one comes.”

“I am not going to go into the personal situations of any player because, as he himself says, nothing ever happens.”

Ronaldo still has three years to run on a lucrative five-year contract signed in 2016.

“He will not find a better place than here. He is our true star, whether he scores goals or not. I don’t know why he has said that, but we respect him.”