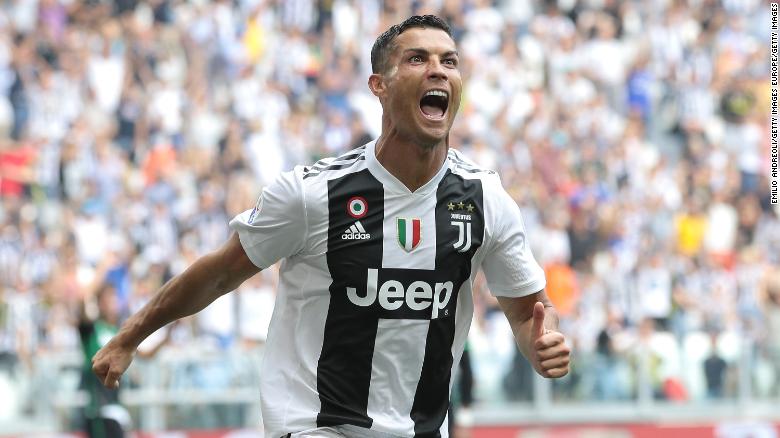 After some initial teething problems, Cristiano Ronaldo is now flourishing at Juventus.

The 33-year-old scored just three goals in his first eight appearances for the Old Lady and was even sent off in a Champions League clash against Valencia.

However, in his last eight appearances the former Real Madrid forward has found the back of the net seven times.

Ronaldo notched once again in Juventus’ 2-0 win over SPAL on Saturday, taking his tally for the season to 10.

Following his strike, the five-time Ballon d’Or produced his iconic “Sii” celebration, something he’s carried over from Real Madrid.

But it now has a meaty addition, thanks to the Juventus fans.

As seen on elevensports.uk, when Ronaldo lands these days, instead of just him shouting “Si” (‘Yes’ in English), all home fans inside the 41,000-seater Allianz stadium also bellow it out – and it makes quite the impact.

The thunderous noise hasn’t escaped the ears of viewers, either.

One fan tweeted: “I love how the Juventus fans cheer “SIII” when Ronaldo celebrates unlike how the Real Madrid fans used to boo him.”

Another supporter: “He’s getting much more respect…happy for him.”