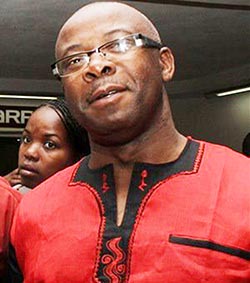 ROOFTOP Promotions has for the first time managed to put together a production featuring Zimbabwe’s finest and most sort after actors and actresses.
The production is expected to light up this year’s Intwasa Festival slated for the 21st to the 25th of this month in Bulawayo.
The cast will perform Taking A Spirit Home written by renowned Stephen Chifunyise and will be directed and produced by theatre guru Daves Guzha.
The spirit is of a Shona man from Chivi who was working in Johannesburg and killed during the xenophobia disturbances in Johannesburg.
The star studded cast members are award winning and veteran actress, Eunice Tava, Mandla Moyo-a multi-award winner whose theatrical exploits have seen him perform in more than 20 countries- Dereck Nziyakwi, who has performed in not less than 10 live stage performances, and Lisa Gutu, a recent University of Zimbabwe, Bachelor of Arts (Honors in Theatre Arts) graduate with a bundle of talent.
This will be Gutu’s second live performance on stage under Rooftop Promotions after she even surprised everyone by her award winning performance in the play The Past is For the Future.
Rooftop Promotions Producer Daves Guzha said this will be the first time such talent has been put together and theatre patrons should come to the festival and watch.
“By just reading the names of the cast that has been put together one can tell what is expected on the day as these are natural actors and actresses and blending them together will give the cast a chance to share and show how they react naturally to imagined circumstances.”
Chifunyise said the issue in Taking A Spirit Home concerns many Zimbabweans whose relatives die outside the country.
He said some Zimbabweans still insist on the body being brought home to ensure that the kurova guva rites will be performed especially if the dead are men with families at home.
“The message in this play is how Zimbabweans respect their culture, their spiritual values and how they will struggle to ensure that they follow their spiritual and other traditions.
“Many Zimbabweans believe that ancestors who die live as spirits and must be brought home to become guardians of the remaining members of the family and whose names must be inherited and never be forgotten as they are passed on from one generation to another.Advertisement

“This belief explains why Zimbabweans go into huge expenses to repatriate bodies of their dead relatives for burial in their rural homes.
“The bringing of the spirit home is a much cheaper method of ensuring that the dead are brought home.”
The intriguing play is set at At Oliver Tambo Airport where a Zimbabwean meets serious challenges as the airport security cannot allow him to board the Air Zimbabwe  plane with the rock which they claim he will use as a weapon to highjack the plane.
The scan machine reveals that a wrapped parcel that a Zimbabwean expatriate, Fungai (Dereck Nziyakwi) working in South Africa, wants to take into the plane is a rock.
The security officer Sibusisiwe (Lisa Gutu) tells Fungai that he cannot take that rock into the plane as it is against aviation security regulations.