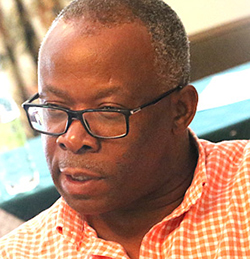 ROOFTOP Promotions will, this weekend, wind up their UK tour with two shows of the play Lamentations @12 which raises issues of sexual, physical, psychological and spiritual abuse.
Director Daves Guzha said the shows will be held at the Leicester Secular Hall, starting at 15:45 hrs.
“This Saturday and Sunday we wind off our one-month tour of the UK with the two performances in Leicester.
“It is very special as we are looking forward to performing for Zimbabweans who are only too familiar with the issues raised,” Guzha said.
The play’s writer Getrude Vimbai Munhamo said the story touches on all types of child abuse, especially how religion and tradition affected the girl child.
“There are different forms of abuse and every time this abuse targets children, but they only start talking about it when they are old because they are too traumatized and cannot relate with others; they become violent and in some cases their marriages will never wok because of the past abuses they would have experienced,” said Munhamo.
She said the play portrayed the different scenarios which exposed the girl child to abuse and sought to expose the abuses while educating would-be perpetrators.
“There is a scene where a child has been told by Madzibaba (leader of a religious sect) that she was given to him in a dream and the girl was resultantly married off to the man of cloth.
“There is also the traditional part where a young girl is married off to appease Ngoni (Avenging Spirit) and she ends up abused by different men from the family.”
Munhamo said the play also addresses the many rape cases that occurred during the liberation struggle, thus bringing out the effects of war and political conflict on the girl child.
“Some girls who were as young as 12 were raped by the freedom fighters as they did not have their wives and these could not be reported anywhere,” she said.
“There is also the issue of the Gukurahundi massacres where young girls watched their parents being murdered in cold blood.
“Such children would be affected psychologically and are left without emotions, they could kill without any remorse.”
Leading UK arts publication, Broadway Baby, said the play explores an important history which was often ignored, noting it was something that all UK citizens should consider.Advertisement

“Arresting power of the piece comes from its use of stark contrast between the two paradigms of innocence and crisis; amusing moments of childhood bliss are violently slashed by flashes of sudden loss.”