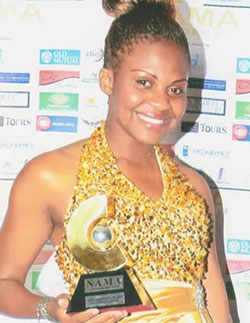 ROOFTOP promotions, has released the star studded cast for their upcoming film project, Wedding Night, which is set to be shot in August.
The film will be shot under the organisation’s film wing, Creative Native, which has released some successful feature films in “Super Patriots and Morons”, “The Two Leaders I Know” and most recently “Sinners”.
Wedding Night is an adaptation of the inimitable Stephen Chifunyise’s theatre play by the same name, which had a successful run at Theatre in the Park in Harare.
The film explores the traditional ways of marriage in Zimbabwe and brings much appreciation into the country’s marriage procedures and ceremonies.
Whilst friends and family persuade Farai to respect his traditional values and marry his lover in a traditional way, the idea is met with contempt from Chipo’s relatives but it proves to be the breakthrough and catalyst Farai wants to gain respect and acknowledgement from his in-laws, especially from the father in- law.
The cast features some of the creme dela creme in the film and theatre industry.
Chipo’s role is being played by the winner of the 2013 NAMA Award for Best Actress Nyaradzo Nhongonhema who brings her vast expertise in acting and has acted in plays such as Farai and Chipo in Love, Pub Stories.
She holds Honours Degree in Theatre Arts and French from the University of Zimbabwe.
For the first time Nyaradzo meets Tapiwa Mavindidze ‘Farai’ who is not new to the big screen. Tapiwa Mavindidze is a former soap opera Studio 263 actor where he made his name as VJ and has also acted in Sinners as Romeo, Gringo the Trouble Maker and in a play “Desperate in Love”.
He has also featured in a number of local television drama series such as “Akanga Nyimo Avangarara” and “Kusasana Kunoparira”.
Complimenting the two is Steven Chigorimbo “Max” who acts as Chipo’s father.

Top cast … Steven Chigorimbo who was Huni in Studio 263