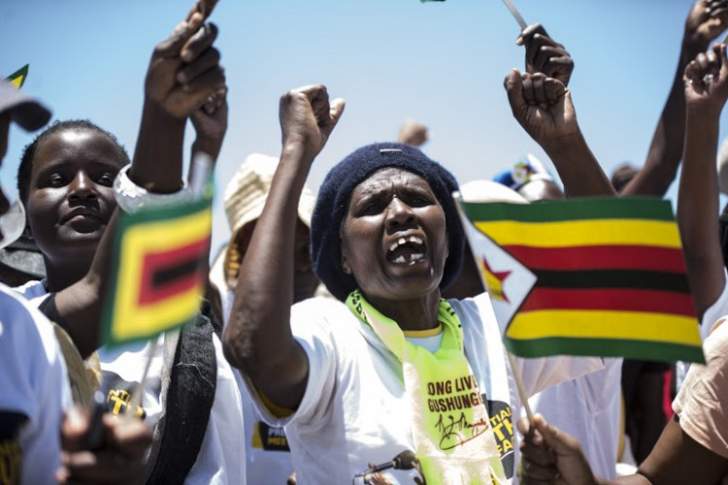 The Omega Sibanda-chaired committee was consulting the public on the NYS Bill, which government intends to introduce.

President Emmerson Mnangagwa’s administration says it is rebranding the notorious NYS and will introduce the programme next year, starting at Early Childhood Development (ECD) stage.

Conveners of the meeting were forced to summon anti-riot police when violence broke following a contribution by one participant, Grace Mutanda, who expressed her reservation over the controversial programme.

During her presentation, Mutanda claimed Zanu PF had set a torture base in Entumbane high density suburb ahead of the 2023 elections under the guise of NYS.

This assertion did not go down well with some Zanu PF activists who bayed for Mutanda’s blood.

Some activists who were milling outside the meeting’s venue flocked inside and started causing more mayhem by threatening to beat “sellouts” in the meeting. 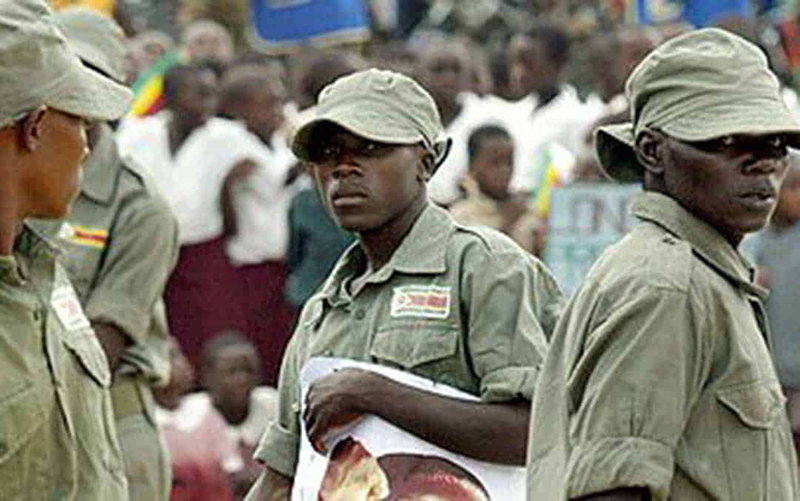 “Whether you like it or not, we are going to introduce the NYS. We cannot have youths who denigrate their leaders and the country. That will not happen under our watch,” declared one visibly drunk youth.

The youths dispersed in two Zanu PF branded vehicles after the arrival of anti-riot police.

The committee’s chairperson was forced to cancel the meeting and announced that the committee would return for another hearing, on a date to be advised.

Most participants expressed misgivings over the re-introduction of the programme.

“If the introduction of NYS has got genuine intentions of peace building and patriotism it should be given ample time, so that we consult, develop the curriculum properly as youths and do away with all militancy in the programme,” said one participant.

“Also there is a need to define what patriotism is because that might be something that can be used to intimidate citizens,” said another participant.

The participants also questioned the timing of the re-introduction of the programme.

“Remember when the NYS was introduced towards 2001 presidential elections, NYS graduates unleashed a lot of terror upon opposition supporters, especially in rural areas. These graduates were campaigning for Zanu PF.

People are justified in smelling blood here because the re-introduction is coinciding with the upcoming elections,” said another participant.

The NYS was established in 2001 and folded after six years due to funding challenges.

Appearing before the portfolio committee recently, Youth, Sport, Arts and Recreation Minister, Kirsty Coventry said the initiative would be rebranded, coming with a new name, uniforms and curriculum.