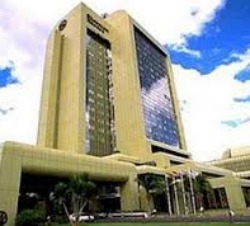 Rainbow Tourism Group (RTG) narrowed its half year loss from $2,9 million last year to $307,950.
Revenue in the half year period was up marginally from $11,4 million in 2016 to $11,6 million. The group’s Victoria Falls hotels recorded a 13 percent increase in revenue to $339,000 as a result of increased capacity of the resort town’s Airport.
Revenue from all of RTG’s hotels excluding the Harare properties grew 13 percent from $6,3 million to $7,1 million in 2017.
“Revenues from foreign guests continued on an upward trajectory, registering a 9 percent growth to $3,8 million from $3,5 million recorded during the same period last year. The growth in foreign revenues received a major boost from e-commerce business which grew by 46 percent from $386,000 last year to $562,000,” chairman John Chikura said in a statement.
Uptake of rooms for the period under review remained unchanged at 85 000 (54 percent) compared to the same period in 2016, while revenue per available room remained $36.
Earnings before interest, tax, depreciation and amortisation (EBITDA) for the period under review declined 9 percent to $1,1 million.
Interest costs were down 37 percent from $917,000 to $575,000.
Total assets were flat at $46 million while borrowings fell from $16,4 million to $14,8 million.
In a separate notice on Friday First Mutual Holdings Limited (FMHL) said it had reached an agreement for the disposal of its entire (19.9 percent) shareholding in RTG to its major shareholder, National Social Security Association (NSSA).Advertisement