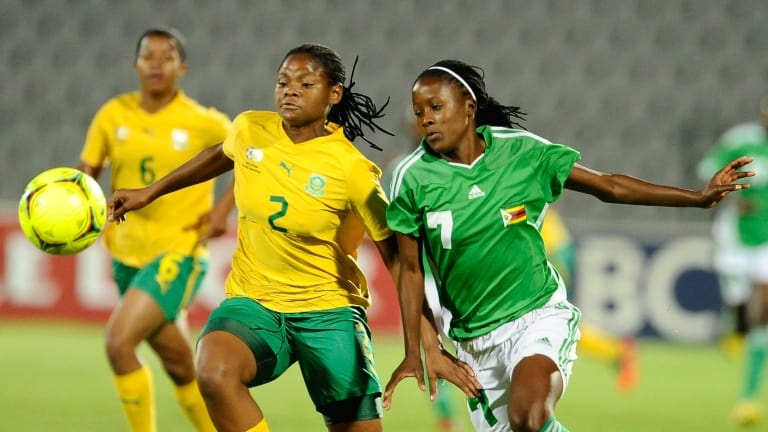 ZIMBABWE national women’s football team striker Rudo Neshamba made a fairy-tale return to international football after scoring a hat trick as the Mighty Warriors got their Cosafa Women Championships campaign off to a flying start with an emphatic 4-1 win over Angola in Port Elizabeth, South Africa on Wednesday.

Prior to her remarkable comeback, Neshamba last featured for the national team at the Rio Olympics Games in 2016 before being side lined by a career threatening injury.

Neshamba contemplated quitting the sport due to injury but after a successful surgery in 2017, the striker, now a mother of one, returned to competitive football last year when she joined league side Harare City Queens.

On Wednesday, she showed what the Mighty Warriors have been missing in her absence after marking her return with an impressive show against the Angolans.

The Mighty Warriors broke the deadlock in the 34th minute through a well taken goal by Emmaculate Msipa before Neshamba took over the show with quick-fire brace inside the last ten minutes of the first half.

Angola scored before the break, courtesy of Cristina Makua’s added-time effort to reduce the deficit to 3-1.

But Neshamba quelled any fears of a comeback with her third for the game in the 59th minute to seal a convincing win for the Mighty Warriors.

The Sithethelelwe “Kwinji 15” Sibanda-coached Zimbabwe will play Mozambique in their second Group C match on Friday before their final group game against eSwatini on Sunday.

Zimbabwe are using the Cosafa Championships which run until August 11 as preparations for the 2020 Tokyo Olympic Games qualifiers, which start just a few weeks after the final of the regional tournament in Port Elizabeth.