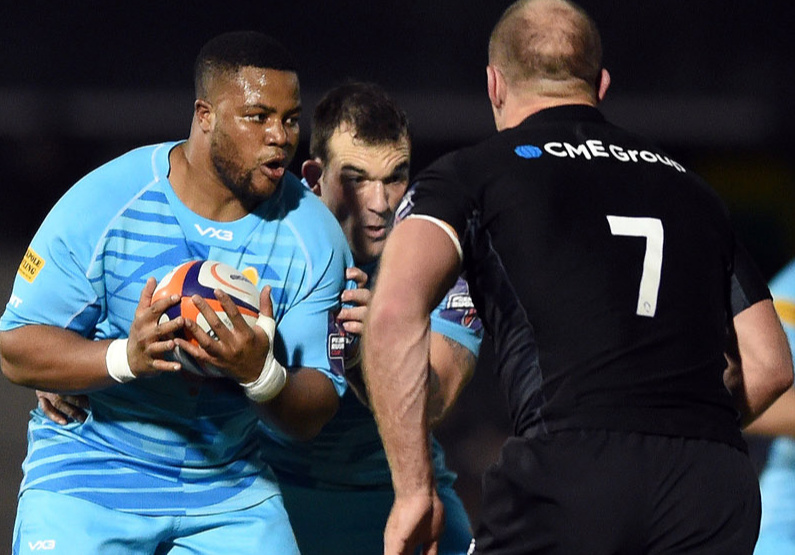 The talented tight head prop was rewarded for his solid debut season at English Premiership side Worcester Warriors since his move from French Pro D2 club Tarbes last year.

Although his first season at Sixways was interrupted by injuries, Mudariki impressed sufficiently to be awarded a contract extension earlier in the year.

Warriors’ director of rugby Allan Solomons says he has been impressed by the tremendous work ethic the Zimbabwe international has exhibited and believes the tight-head prop could be given a shot to show off his “explosive” power in the Gallagher Premiership next season.

Mudarijki, 24, scored a try on his Zimbabwe debut against Madagascar in 2015 and played the most recent of his ten internationals during the 2018 Rugby Africa Gold Cup against Morocco, Kenya, Uganda and Tunisia last year.

The award was presented at a gala event at the Millennium Gloucester Hotel in London on Africa Day which also marked the launch of the ZAA Foundation.

An elated Mudariki said he was delighted with the recognition.

“First things first, God is good. I’m very honoured to have been chosen as the Zimbabwe Achievers Awards, Sports Personality of the year. Thank you everyone for all your support,” said Mudariki, whose older brother Hilton plays for English Championship side Jersey Reds.

The Zimbabwe Achievers Awards were started by Conrad Mwanza in 2010 in the UK and has now spread to the USA, Australia, South Africa and Canada, to recognise and honour Zimbabweans based abroad.