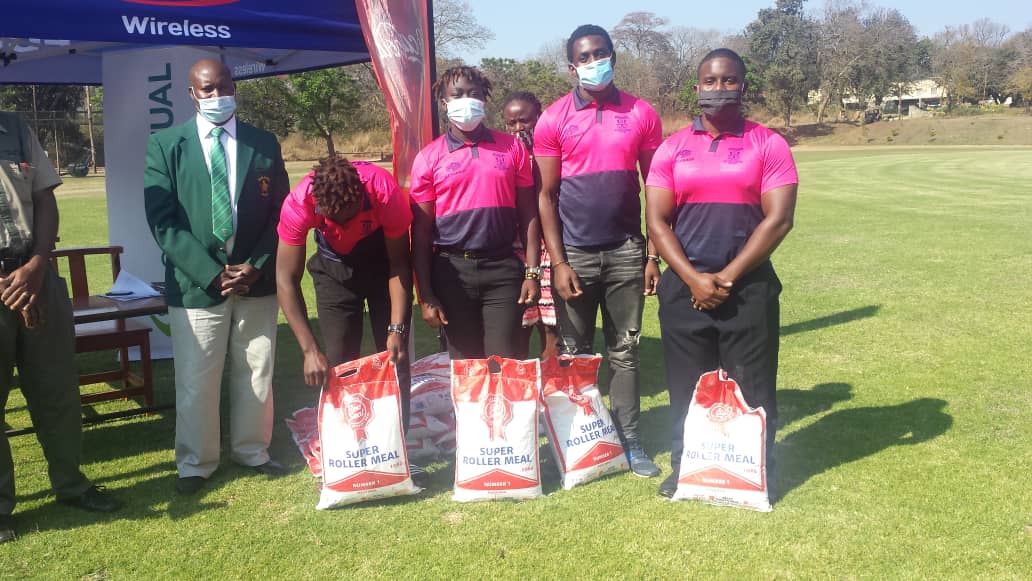 Rugby is one of the sports which were suspended due to the Covid-19 pandemic as it is regarded as a contact sport.

“We received 32×10 kgs bags of mealie meal. We have, therefore, decided to spread the cake to our local clubs and developmental rugby as beneficiaries,” he said.

The clubs and schools selected five players each considering their vulnerability.

Borerwe said the assistance came from the 5000 Euros the ZRU received from Rugby Africa to assist players as a relief fund.

“Food hampers and mealie meal worth 3 000 Euros were bought for rugby players and clubs across the country. The hampers were given to all national team players that are in the country.

“All referees who took charge of international games in 2019 and ZRU secretariat also got hampers,” said the chairperson.

Borerwe said the remaining 2 000 Euros from the relief fund will be used for the acquisition of personal protection equipment (PPEs) for players and medical personnel when rugby finally gets the green light to resume.