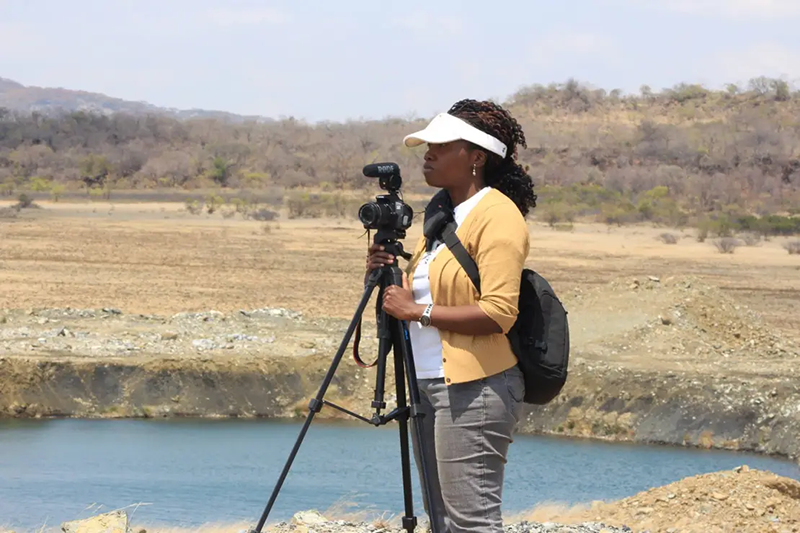 Zimbabwean director Rumbi Katedza’s Transactions is among four powerful films being screened at the Encounters South Africa International Documentary Film Festival which runs until 3 July at venues in Cape Town and Johannesburg.

Migrants and money feature as a theme in Transactions (Zimbabwe / South Africa) as she explores the phenomenon which saw the Diaspora population transact well above $1 billion in 2021 providing relief for families in need of basics, with the bulk of these made through mobile phones.

This is a sobering film the filmmaker personalises these numbers by displaying the humanity and complexities as well as how family dynamics are determined by remittances behind these figures.

The incisive docu-drama tracks a Zimbabwean family with members scattered around the world. It shows the role that remittances play in maintaining the integrity of a modern family.

The family at the centre of Transactions includes members in Zimbabwe, South Africa and the United Kingdom but the story that Katedza tells is a universal one.

Transactions uncovers the humanity behind the numbers that are usually thrown around whenever the economic significance of immigration is being considered.

The film packs a complex saga of love, guilt and the depths of responsibility into a slender running time.

It is part of the The Generation Africa project, produced by Cape Town-based production company STEPS, the films.

They reflect personal experiences and connected narratives of Africans living on the continent and in the Diaspora, focussing on what “home”, belonging and migration mean.

“These films focus on the narratives and lived experiences of Africans, told by a generation of filmmakers that reflect the aspirations, challenges, and dreams of African youth,” says Don Edkins, executive producer for the project.

“They are honest, raw, insightful narratives that have to be told to change the narrative for the continent. They present us with a mirror of ourselves and our lives but importantly a window for the world and asks hard-hitting questions from our perspectives about the future of Africa and the world.”