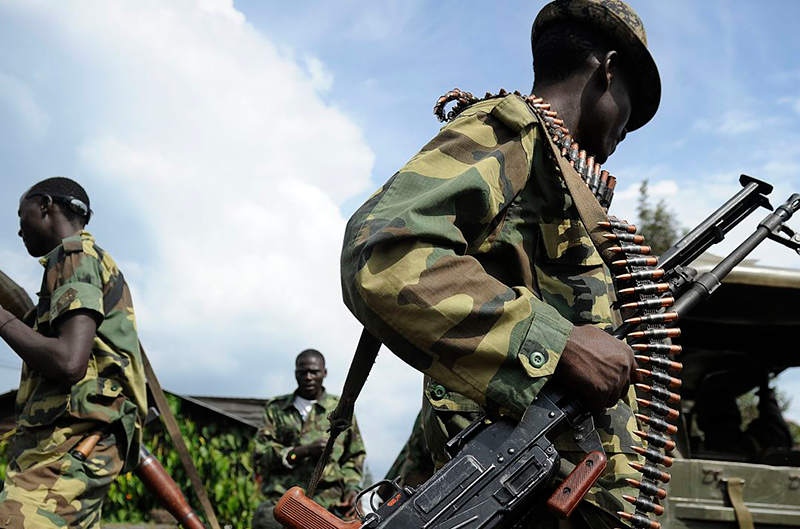 GOMA: Rumors of a rebel advance in eastern Congo sent scores of people fleeing toward the city of Goma on Tuesday, as former Kenyan President Uhuru Kenyatta took his message of diplomacy to the embattled region.

The chaos began in Kanyaruchinya when false information spread that the M23 rebels would soon reach a camp for displaced people.

“We were sitting in the camp when we were told to evacuate. That’s why we are fleeing,” Sifa Ntaniko told The Associated Press. “They told us that the M23 are only a few meters (yards) away, and we are afraid.”

The M23 rebels, whom Congo accuses of receiving support from neighbouring Rwanda, have grabbed control of several key towns in recent weeks, more than doubling the territory they control. Rwanda has repeatedly denied rumours that it’s lending military support to M23.

Lt. Gen. Constant Ndima, the military governor of North Kivu province, appealed for calm and said the rumours “are being spread by the enemy in order to create general panic among people.”

Also Tuesday, the former Kenyan president arrived in Goma, where he spoke with journalists after an earlier stop in Kinshasa this week.

“No matter what our differences are, even if we have our problems, please let’s stop this war,” Kenyatta said at a new conference. “These children, these mothers, these old men who don’t know why people are fighting, let’s have mercy on them. Let’s stop this war and start dialogue.”

The rebel group rose to prominence about a decade ago when its fighters seized control of Goma, the largest city in the region. They later entered into a peace agreement with the government but reemerged late last year, saying the terms had not been met.