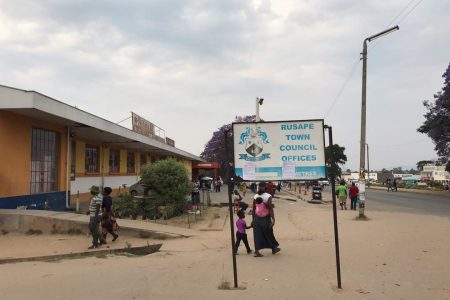 Chindenga was in November last year replaced as acting town secretary by Faisen Shuwa after allegations of criminal abuse of office and flouting tender procedures were levelled against him.

He was jointly accused together with other eight MDC Alliance councillors who were busted by the Zimbabwe Anti-Corruption Commission (ZACC) and are now out on bail.

NewZimbabwe.com is reliably informed that Rusape councillors agreed that Moyo must set up a tribunal to suspend Chindenga since some of them are interested parties.

Pambureni Wednesday confirmed the development to NewZimbabwe.com in an interview.

“Charles Chindenga had ceased to be acting town secretary when he was arrested in November last year. He was replaced since he was not allowed to report on duty. In January this year Chindenga started to report for duty as a town engineer. That is when we received a ministerial directive noting that all senior officials with pending court cases must stop reporting for duty. The council adopted the minister’s directive through a resolution,” Pambureni said.

Chindenga is accused of violating the Labour act practise in which he is allegedly interfering with State witnesses at Rusape Town House.

Rusape Town House insiders said there has been an outcry from residents and stakeholders after Chindenga continued to report for duty while facing charges before the courts.

“People were not happy with his return to council since his case has not been finalised. Alarm was raised to the Minister to deal with his matter as the employer. Now he is basing with the court ruling that he should return to work,” said the source.

In a letter seen by NewZimbabwe.com with a stamp dated February 28, minister Moyo wrote to Pambureni directing suspension of senior officials with pending court cases.