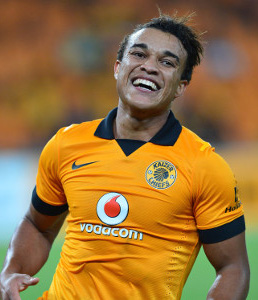 MATHEW Rusike has quit South African champions Kaizer Chiefs to join an unnamed club in Portugal, it was confirmed on Tuesday.
The Zimbabwe international’s contract expires on June 30.
According to football manager Bobby Motaung, Rusike was offered a new deal, but he turned it down to join an unnamed Portuguese club.
“Matthew told us on Sunday that he is leaving for Portugal. We offered him a new deal but he wanted to leave.
“I don’t have the name of the team he’s joining,” Motaung told reporters during a media conference to unveil new players.
Asked if the striker was sold Motaung said: “No he was not sold.
“His contract was running until the end of June. So, he joins that team on a free transfer.”
Rusike leaves Chiefs after three seasons at the club, having joined from Jomo Cosmos.Advertisement