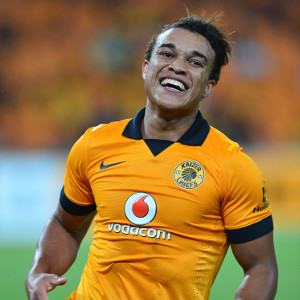 KAISER Chiefs forward Matthew Rusike’s Amakhosi future remains uncertain with five months left on his contract with the club.
The Zimbabwe international winger-come-striker has found it difficult to command a regular place in the Chiefs starting line-up this season.
A well-informed source, very close to Rusike told Goal that Amakhosi have yet to offer the former University of Pretoria attacker a new contract.
“Matthew is still waiting to hear from Chiefs regarding his contract. The club has not indicated whether they will be extending his deal or not,” the source told Goal.
The Harare-born player has made just two Absa Premiership appearances for Chiefs this season, which were substitute appearances against Mpumalanga Black Aces and Moroka Swallows in October and December respectively.
“But he’s still committed to Chiefs, as he’s part of their Caf Champions League squad. Hopefully everything will be clearer by May, when the season ends.” the source concluded.
Rusike, who was nurtured in the Carlton Town Academy in England, inked the three-year deal with AmaKhosi in July, 2012.