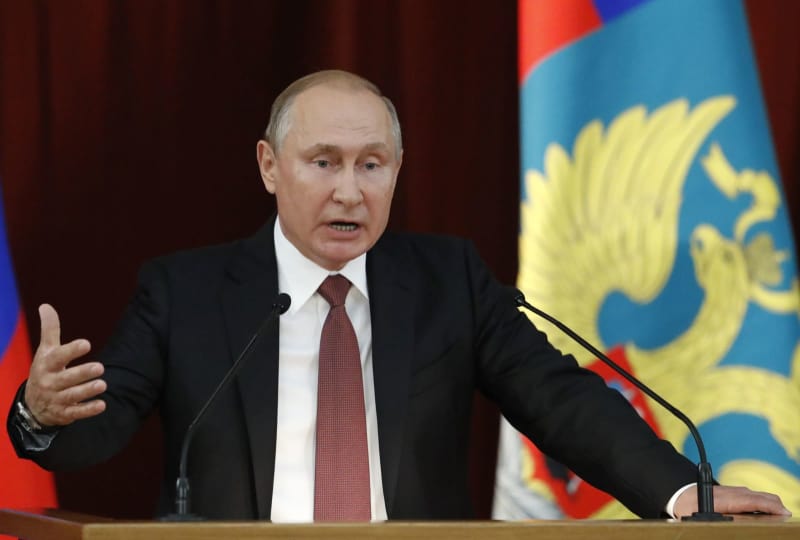 Russia has accused Ukraine of a gross act of provocation during a session of the United Nations Security Council.

The meeting was convened to address an escalation in tensions after Moscow used force to seize two Ukrainian armoured military vessels and a tug boat in the Black Sea, that it charges illegally crossed its maritime border.

Russia opened fire and rammed the Ukrainian vessels attempting to pass through the Kerch Strait that separates Russia’s mainland from Crimea – a Ukrainian territory seized by Russia in 2014.

Western Nations condemned the actions, and urged Russia to return the vessels and their crew to Kiev.

The Russian Coast Guard released footage of one of its vessels colliding with a smaller Ukrainian navy tugboat – one of three vessels seized by Russia after claiming they illegally entered its territorial waters.

In New York, Russian diplomats called the actions a provocation pre-planned with the connivance of Western nations.

“We consider such steps as a violation of Russia’s sovereignty. These illegal acts meant that the Russian customs vessels had to use force, thanks to their restrain and their high professionalism there were no victims caused. The three people who were injured were provided with necessary medical help and there’s no threat to their lives and these are members of the Ukrainian crew. Responsibility for this incident is borne by those people who gave the crew the illegal command,” says Ambassador Dimitry Polyansky is Russia’s Deputy Permanent Representative.

The three Ukrainian vessels are reported to have been sailing off the coast of Crimea – a Ukrainian territory illegally annexed by Russia in 2014 – but a move not recognized by the international community. The United States Ambassador Nikki Haley said they would maintain Crimea related sanctions against Russia.

“This is no way for a law-abiding civilised nation to act. Impeding Ukraine’s lawful transit through the Kerch Strait is a violation under international law. It is an arrogant act that the international community must condemn and will never accept. The United States continues to stand with the people of Ukraine against this Russian aggression. We call on Russia to respect its international obligations and not obstruct or harass Ukraine’s transit in the Kerch Strait. To release the seized Ukrainian ships and crew and to de-escalate the tensions it has created.”

Russia accused Ukrainian President Petro Poroshenko of planning the incident to boost his poll numbers ahead of elections next year, while Ukraine called for a tightening of punitive measures against Moscow through its Ambassador Volodymyr Yelchenko.

“Tightening of the sanctions, this is the only way because Russia doesn’t understand any other language unfortunately. Well the situation is very worrisome, there are all indications also that they are preparing the land assault on the city of Mariupol and Berdyansk, two Ukrainian ports so the situation is very serious in the region.”

Several Council members and the UN called for dialogue and restraint between the two main parties. “At this juncture, the immediate de-escalation of tensions in the Sea of Azov and the Black Sea is required. It is critical that earnest attempts are made to find a peaceful settlement to the situation, based on the legal means available and in accordance with the UN Charter, “says the UN’s under Secretary General for Political Affairs, Rosemary DiCarlo.

The Council has been unable to take action against Russia over its annexation of Crimea due to Moscow’s veto.