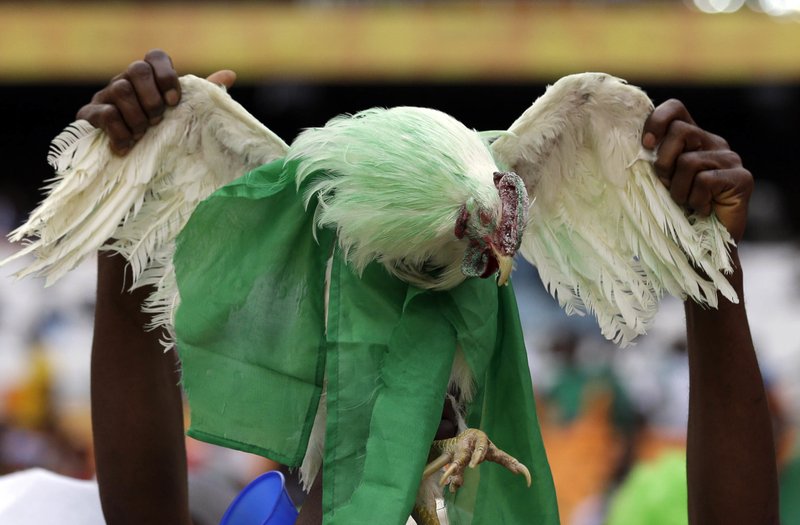 RUSSIA: Chicken on plates, no problem. In the stadiums, not so much.

A Russian official in the city of Kaliningrad says authorities forbade World Cup fans from bringing live chickens to matches.

Some fans dye chickens in the national colors as a good luck symbol, including those from Nigeria, who play Argentina on Saturday in Kaliningrad.

Russia’s Interfax news agency quotes regional culture and tourism minister Andrei Yermak as saying “fans from Nigeria asked whether they could bring a chicken to the stadium. It’s their symbol and people support the team with them at all the games. We told them they can’t bring a live chicken at all.”

If Nigerian fans want to support their team elsewhere, Yermak says a government advice hotline can “advise them where to buy a chicken. We’re prepared to satisfy even the most eccentric requests.”

Nigeria got a similar refusal at the 2010 World Cup, when the South African Press Association reported Nigerian fans were angered their chicken wasn’t allowed into the stadium in Johannesburg.

SAPA said the chicken on that occasion was dyed in the team’s colors and had its claws bound by black tape. The agency quoted fan John Okoro as calling the refusal “ridiculous.”