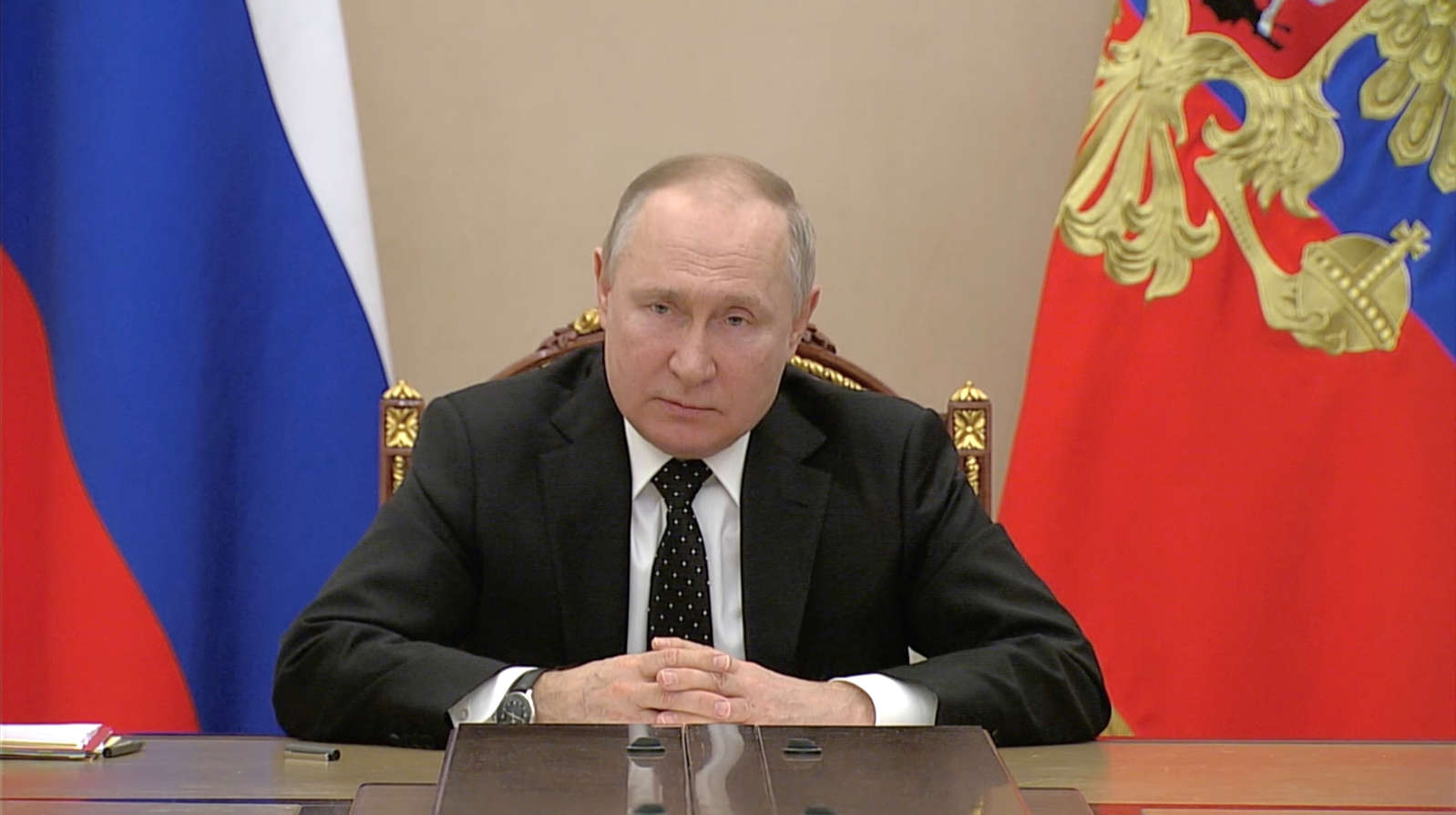 Amidst pomp and fun fare, hope to world peace was born in 1945 soon after the defeat of Hitler’s NAZI Germany in the aftermath of the WWП. The two nations that engineered the fall of Hitler were Russia and the United States of America. Theirs was a marriage of convenience as the two were ideologically different with USA being liberal capitalist and the USSR, as it was known then, being communist socialist. The signatories to the 1945 peace deal that gave birth to the United Nations and end to the war vowed to prevent war, promote human rights and general development. Laws were crafted; articles and charters were born all in the hope of making the world a better place to live, yes the world.

There was, however, one mistake .This organization was not created with the poor nations in mind and hence they had no say on how it was run or organised.  This organization was never for world peace and protection of human rights. It was largely a political enterprise, a compromise, a convenient establishment to maintain balance of power and hence world peace was a mere unintended by product of delicate balancing of power between east and west.  Using a non-existent criteria, USA, France, Britain, Russia and China made themselves permanent members and hence the owners of the organization. The rest of the world’s nations found solace in participating in useless annual talk shows of the General Assembly of the UN.  This useless creature has shown signs of sickness over the years. The US and NATO invasion of Serbia, Iraq, Libya, Somalia, Afghanistan, Iran, Syria and Vietnam all were symptoms of this sickness. Litanies of unilateral economic sanctions against poor and weaker states have become the latest weapons of coercion. As all this is happening, the UN is a bewildered and useless spectator limited to occasional halfhearted condemnation of the actions of its major funders.  The same weaknesses are more evident in the current Russo-Ukrainian conflict which culminated in the suspension of Russia from the Human Rights Council at the instigation of the USA. USA, of all the countries on this earth. Even more surprising is that European Nations have supported the move and have been supporting everything proffered by USA ever since they unwittingly appointed USA as its socio economic and political prefect.

The Russo /Ukraine conflict has exposed the myths of the Institution called United Nations and similarly structured offshoots. They are all controlled by the western capitalists and imperialists. We hear that the commission, at the behest of the USA passed a resolution to expel Russia from the Commission. Of course Russia promptly withdrew before she was kicked out. However, if you ask even a grade one kid, he/she knows about American bombs in Libya, Iraq, Afghanistan, Syria, Vietnam, Serbia and even its support of the Zionist state of Israel in the West Bank against the Palestinians. Millions have perished at the hands of USA and its NATO allies yet nobody not even Britain has raised a finger. Ukraine, as I alluded to earlier, is allegedly responsible for about 14 000 deaths in the Donbass and Crimean crises in 2014, yet the western media’s silence was deafening and there was no condemnation, not even a commission of enquiry. Africa has been calling for reform of the UN to include African countries in the Security Council to no avail. Why? because this is purely an elite, white liberal capitalist project involving the big powers. The USA has recommended that Russia be hurled before the ICC for war crimes in Ukraine but USA is one of the few countries that have refused to ratify the Rome statute and hence are not part of the ICC because of fear of persecution for its multiple war crimes. How it hopes the same to happen to Russia boggles the mind.

We are currently bombarded by extreme western propaganda, super lies, fiction, fabrications, misinformation and disinformation about alleged Russia war crimes in Ukraine. The pro-western media like BBC and CNN is publishing gory images of a few corpses lying on the streets of Ukrainian cities like Bucha. At the same time, there is an attempt to present the mighty Russian army as a rag tag relic of the cold war era and there is a spirited attempt at portraying the Ukranian army as a valiant and brave force that has repelled the Russians. Nothing can be further from the truth. The Kremlin never intended to overrun Ukraine but is simply applying minimum force to bring Zelensky to the negotiating table and ultimately cede to Russian demands, chief being a guarantee that it will not join NATO and the America knows very well. Nobody is reminding us too that all the Ukrainian civilians have been armed by Zelensky and are therefore easy targets.  All of sudden the lives of the Ukrainians are more important than Palestinians, Afghans, Iraqis, Serbians and Libyans who have been killed in their millions by USA and its European allies. Even the racism against people of color in Ukraine is lost in the anti-Russia propaganda melee. Freedom of press, for long a citadel of democracy has been destroyed by the west. Pro-Russia news has been banned. The world doesn’t need to hear the Russian side, so we are told. NO. We should hear what the USA and the West think about Russia and everyone has a divine duty to follow the dogma propounded by USA and its allies. No one is talking about the 15 000 people who have been killed by Ukrainian forces in Donbass and part of Donetsk since 2014. Ukraine is therefore, merely a victim of ruthless Vladimir Putin. This makes sad reading.

When Western European colonized Africa during the period of imperialism Ukraine, as a nation did not exist.  There existed the USSR as a global communist super power rivaled directly by the USA capitalists’ state. Ukraine was part of the Great Russian federation then. The decline of the Russian Empire signaled the birth of  Slovakia , Slovenia , Lithuania , Estonia , Latvia , Kazakhstan , Uzbekistan , Belarus  among other states which had been part of the USSR in the 1980s before the reign of Gorbachev.  The point I am making here is that neither Russia nor China was a colonial power.

At the genesis of the wave of African nationalist liberation movements across the continent, it was Russia, China, Czech Republic, Cuba, Romania – All Eastern Europe communist countries that spearheaded the struggle for Independence supplying arms, logistics and training. Now Russia is at war with the same old enemy, Western Europe led by the American child, NATO.  This explains why more than half of the African continent abstained from voting in the UN Human rights council to suspend Russia. Nine including Zimbabwe were even bold enough to rightly vote against the suspension.  Africa hasn’t forgotten, Africa knows its true enemy. But now Zelensky, the Ukrainian President wants to talk to the African Union to look for support. His master Biden of America has just talked to Ramaphosa needless to say South Africa is a member of the BRICS Economic block made up of Brazil, Russia , India , China and South Africa.This is a  body established mainly to economically  counter the growing influence of the USA  led institutions like WTO. Needless to say too that South Africa abstained in the United Nations Human Rights Council vote.

Surely, Africa cannot forget those that colonized, murdered, mutilated, sodomised, raped, butchered, castrated and enslaved them in a blatant disregard of human rights. At the centre of this evil were Germany, France, Portugal, Britain, and Belgium.  These are, among others, the very countries that now constitute the North Atlantic Treaty Organisation, a military alliance created to counter the now defunct Warsaw Pact led by Russia. These are the same countries that now sit and determine who is violating human rights. Who can forget Gadhafi and how the USA and all of the above nations under the auspices of NATO brutality murdered one of the sitting presidents of Africa. The fact still remains, Russia and China single handedly decolonized Africa.  The two countries used their resources to help Africa fight the brutal regimes of Western Europe during the struggle for independence, the wave of anti-colonialism in the 1960s and 1980s as mentioned earlier in this article. The West even assassinated African leaders like Samora Machel, Thomas Sankara, and Patrice Lumumba among other African leaders and created puppets like Jonas Savimbi and Alfonso Dhlakama in their places.

The question is, how long Africa will stay in Solidarity with its Eastern European and Asian allies because doing so would surely mean more sanctions; direct or otherwise from the West which is determined to force everyone to isolate Russia. Recently Biden was in China and India, two other BRICS countries and am sure very soon, he would be in Brazil. Biden is wielding soft power – either you support us or you are economic mincemeat. The answer should be African Solidarity with those who stood with us when the West was marching uninvited into and burning our whole villages and bombing our children in the name of democracy. Needless to say Zelensky and his crew segregated people of colour in Ukraine.  There are several reports of anti-black racism by Ukraine.

Xavier Katanda is a trained journalist and PHD student in International Affairs. He writes in his personal capacity.