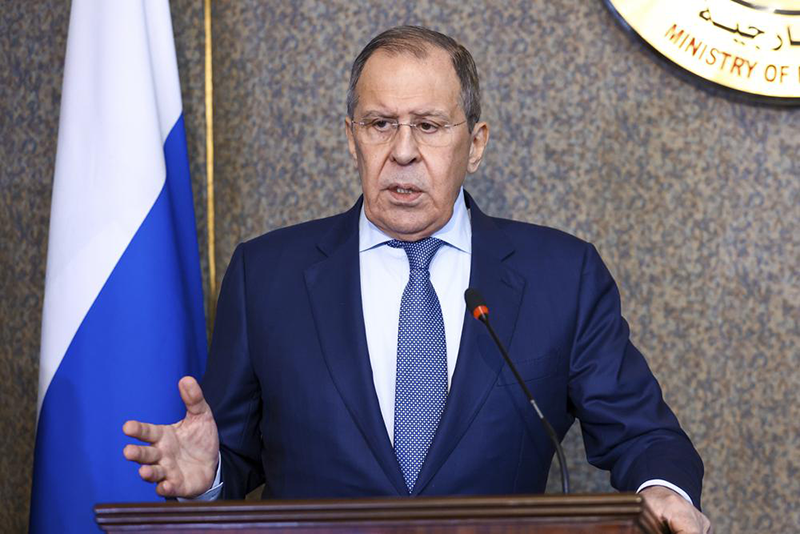 ADDIS ABABA: Russia’s foreign minister on Wednesday denied his country is responsible for the global surge in food prices following its invasion of Ukraine, dismissing the “so-called food crisis” as he completed a visit to several African nations on a continent hit especially hard.

Addressing reporters and African diplomats in Ethiopia’s capital, Addis Ababa, Sergey Lavrov accused the United States and European countries of driving up prices by pursuing “reckless” green policies and even hoarding food during the COVID-19 pandemic.

“The situation in Ukraine did additionally negatively affect food markets, but not due to the Russian special operation, rather due to the absolutely inadequate reaction of the West, which announced sanctions,” Lavrov said.

Western countries, for their part, have repeatedly pointed out that food is exempt from their sanctions on Russia and have blamed Moscow for the global crisis.

Lavrov said last week’s breakthrough deal to provide safe corridors through the Black Sea for tons of trapped grain out of Ukraine “could have been announced long, long ago if not for the Western stubbornness in insisting they are always right.” He said Russian and Turkish ships will escort ships that have been trapped in Ukrainian ports through the Black Sea once Ukraine demines its coastline.

Many African countries rely heavily on wheat imports from Russia and Ukraine, and African leaders weeks ago visited Moscow to express their food concerns while a looming famine stalks the Horn of Africa, including Ethiopia, during the worst drought in decades.

But many African nations haven’t openly criticized Russia over its invasion of Ukraine. Experts have cited Moscow’s support for some African nations dating back to the Soviet Union or Russia’s role as a major arms supplier to the continent while sending relatively little humanitarian aid.

Ethiopia is Africa’s diplomatic hub and second most populous country, and later this year it is expected to host the second Russia-Africa summit. Ukraine’s president earlier this year addressed the Addis Ababa-based African Union continental body about Russia’s invasion, but few heads of state reportedly tuned in.

Lavrov on his African tour has sought to reassure leaders concerned about a spike in grain prices and justify Russia’s invasion of Ukraine, which he called a “threat” on Russia’s border.

He also claimed most countries do not support Western sanctions on Russia, calling it “basically evident from the fact that, except for two or three countries, no one in Africa, Asia or Latin America” has joined them.

Ethiopia’s government made no public comment about the war in Ukraine or the food crisis during Lavrov’s visit, with state media reporting only that Russia and Ethiopia had agreed to strengthen economic ties.