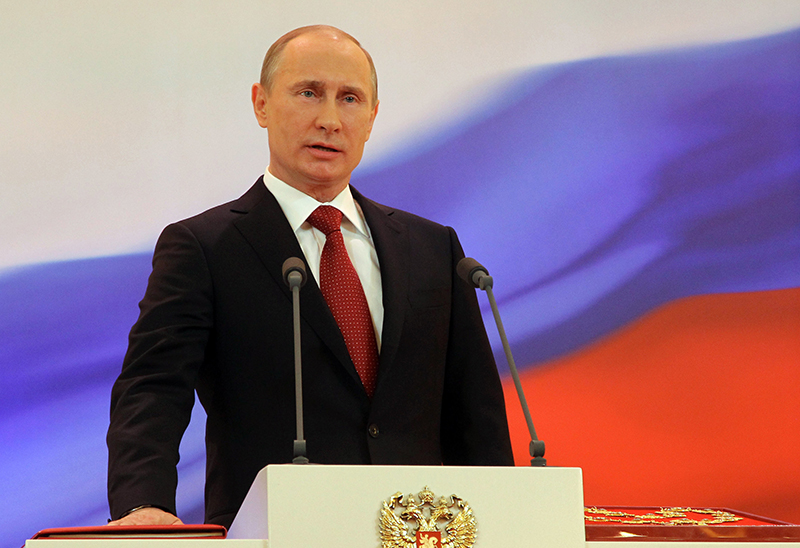 The Kremlin faced a fresh electoral crisis Monday as the opposition cried foul over a key regional poll, drawing crowds of protesters into the streets.

Communist Party candidate Andrei Ishchenko, 37, seemed poised to become the next governor of the far eastern region of Primorsky Krai until the results suddenly changed overnight, he and his supporters said.

More than 2,000 people gathered outside the offices of local authorities in the far eastern city of Vladivostok after the race was called for a candidate of the ruling United Russia, the Communist Party said.

Sunday’s vote was a second-round runoff after a Moscow-backed candidate failed to win at least 50 percent of the vote earlier this month.

It was one of a string of setbacks for the ruling party and the Kremlin as voters vented anger over a pension reform and rising poverty under Western sanctions.

Ishchenko, a local lawmaker, had enjoyed a five-point lead in the vote with more than 95 percent of votes counted.

“I know you face a second-round runoff,” Putin said. “I think everything will be all right.”

Ishchenko said he would not give up and the Communist Party would take legal action.

“Friends, they are stealing our votes, let’s stand up for our victory,” he said in a Facebook post, urging supporters to take to the streets.

He claimed it had taken the authorities just “one hour” to rig the polls by giving Tarasenko thousands of additional votes. He said the most blatant violations had taken place in the towns of Ussuriisk, Artyom and Nakhodka.

“This is simply unbearable,” said Navalny, who is serving a month-long jail term over an illegal protest.

“The open and brazen falsification of the results of the vote in Primorsky Krai is a direct insult not only to residents of this region but also the entire country.”

Earlier this month, the Kremlin suffered several other blows in the regions of Khabarovsk, Khakasia and Vladimir where ruling party candidates failed to win gubernatorial elections in the first round.

Second-round runoffs are scheduled in those regions on Sunday.

Communists this month also beat United Russia candidates in elections to the regional parliaments of Khakasia, Irkutsk and Ulyanovsk regions.

It was the United Russia party’s worst performance in regional elections in more than a decade.

Ella Pamfilova, the head of the Central Election Commission, said she would look into the results of the Primorsky Krai vote and did not rule out that they could be cancelled.

Claims of mass rigging during the 2011 parliamentary elections prompted tens of thousands of people to protest against Putin’s rule.

Now, “for the first time Vladimir Putin’s support has worsened and not improved the result of a candidate supported by the authorities,” wrote The Bell, a respected Russian news website.

Sunday’s runoff votes, it added, will show just how far the authorities are willing to go to ensure the Kremlin-backed candidates win.

Other observers said the loss of the Kremlin-backed candidates was the latest sign Putin’s popularity was eroding amid mounting economic problems.

These problems have been exacerbated by Western sanctions over Moscow’s role in Ukraine, the poisoning of a former spy in Britain and other crises.

Confidence in Putin has nosedived since his government announced plans to raise the state pension age, sparking a rare outburst of public anger.