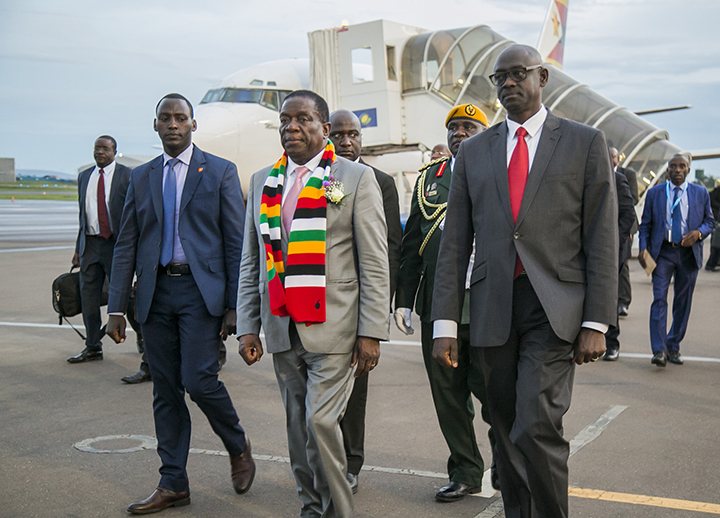 Mnangagwa was speaking in Rwanda’s capital Kigali where he is attending an AU summit as well as an African business forum.

The Zimbabwean leader who came to power on the back of a bloodless military coup in November last year has been under pressure to enunciate his government’s view on issues of human rights.

The Zanu PF leader, with a reputation for ruthlessness, said while civil society sometimes angers governments it is a “necessary evil”.

“Time has come for Africa to understand that each arm of government and society is useful,” he said.

“We should not look at organisations in civil society as detrimental to progress. They help in entrenchment of our democracy.”

Before assuming power Mnangagwa was part of former President Robert’s brutal regime for 37 years that was accused of a litany of human rights abuses that forced western powers to impose sanctions on the regime.

But on Tuesday Mnangagwa seemed to have mellowed for a man described as Mugabe’s enforcer at his prime.

“They have a role to play and we must accept them. Although sometimes they offend governments because they point out wrongs.

“It is however necessary that these wrongs are pointed out because only then as political leaders can we self-correct and keep ourselves in power longer,” said Mnangagwa.

Civil society and ordinary citizens in Zimbabwe bore the brunt of Mugabe’s brutal regime for decades before he was forced out of power last year.

Mnangagwa seems to be making the right noises so far but has been criticised for lack of action in terms of implementation.