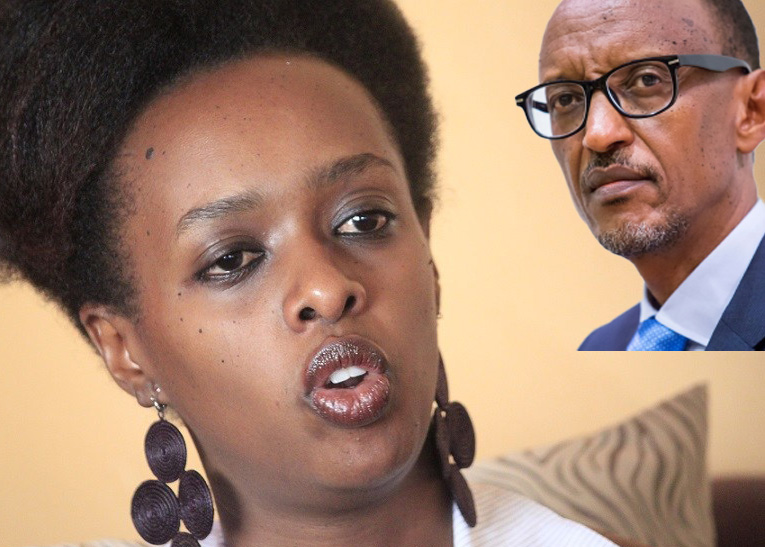 Prosecutors on Wednesday requested that Rwanda’s leading dissident politician be handed 22 years in prison for inciting insurrection and forgery as her trial opened in the capital Kigali.

“We request that Diane Rwigara be imprisoned for 15 years for inciting insurrection and seven years for forging documents,” prosecutors told the single-day hearing at Kigali’s High Court.

But a treason charge, which had previously been laid against Rwigara, was not mentioned in court.

Rwigara, 37, denies the charges, dismissing them as “politically motivated” after her blocked attempt to challenge President Paul Kagame in last year’s elections.

She appeared in court on Wednesday alongside her mother who prosecutors also want sentenced for 22 years for inciting insurrection and promoting sectarianism in a country still overshadowed by the 1994 genocide.

The two women had spent more than a year behind bars before being released on bail last month ahead of their trial.

In court, Rwigara came out fighting, insisting she had only spoken the truth about Rwanda and so could not be guilty of inciting the masses through falsehoods as the prosecution alleged.

“I stand by my remarks,” she told the court’s three judges. “They reflect my political journey, coupled with calling on Rwandans to resist fear and speak for our country.”

Rwigara also robustly denied forging signatures on electoral documents in a bid to win a place on last year’s presidential ballot, an accusation she says was designed to derail her challenge to Kagame.

Taking the stand, her mother Adeline Rwigara, publicly aired long-standing accusations that her husband Assinapol – Diane’s father – did not die in a car accident in 2015 but was killed by state agents.

“I stand by my words and will continue to denounce the injustices my family faces,” she said.

Since Diane Rwigara’s arrest last year, her brothers and sister have been interrogated, family assets have been forcibly auctioned to pay off a multi-million dollar tax claim, while a hotel the family owned was demolished for allegedly failing to abide by city guidelines.

Watching proceedings in court was Victoire Ingabire, another woman who sought to run for the presidency in 2010, but was blocked from competing, arrested, tried and spent six years in jail before her release in September.

The High Court is due to issue its verdict, and any sentence, on 6 December.