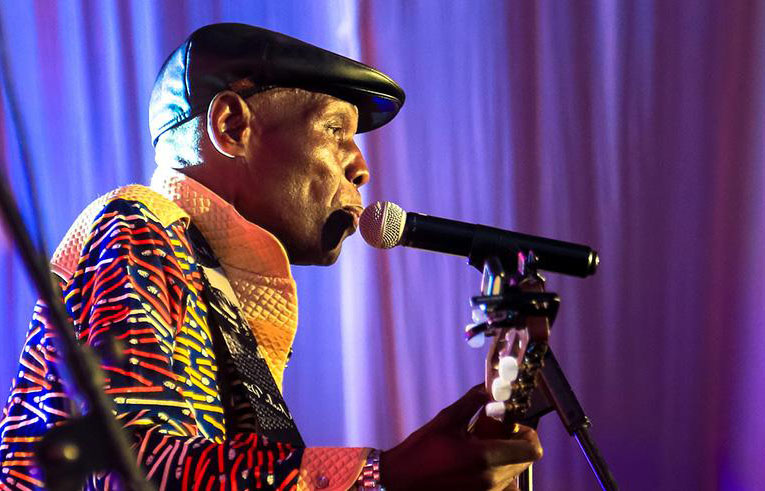 By The New Times

One of the best attended Kigali Jazz Junction concerts was also a show of who has the slickest dance moves.

It was Oliver Mtukudzi ‘Tuku’s’ third gig in Rwanda and, if the saying that first impressions are the most lasting is anything to go by, then we haven’t seen the last of Tuku Music yet.

Those that thought the Zimbabwean legend had come to ride on the popularity of the one song for which everyone knows him, were proven wrong.

Organisers made sure to announce Tuku’s performance at the September edition of the Jazz Junction that had featured local folk music icon Jean Marie Muyango and Nigerian pop singer Waje.

September’s edition was one of those unusual (call it experimental) editions of the jazz junction, drawing a non-traditional crowd of mainly Rwandan folk music lovers and a few millennials who came to see Waje.

This time round, it was fans of Tuku Music, and fans of authentic live music in the house. If anything, Mtukudzi’s music is symbolic of African music legends that have held fast to their native musical sounds.

In performing at the Jazz Junction, he was bringing down more than four decades of experience as a recording artists and performer of global renown.

In over an hour, he would choose from a catalogue of more than 65 studio albums to heal souls in Kigali. Dubbed Tuku Music, his style incorporates Southern African music traditions like jit, mbaqanga and mbira and the traditional drumming styles of the Korekore peoples of Zimbabwe.

A spot check by the day’s MC Remmy Lubega easily revealed that this was perhaps the most diverse crowd the jazz junction has ever witnessed.

By show of hands and by screaming, we saw a large number of Zimbabweans, Malawians, Kenyans, South Africans and West Africans in the crowd.

The Zimbabweans came out in full force to support their own in a show of patriotism. Their national colours of green, gold, red and black were a ubiquitous sight. 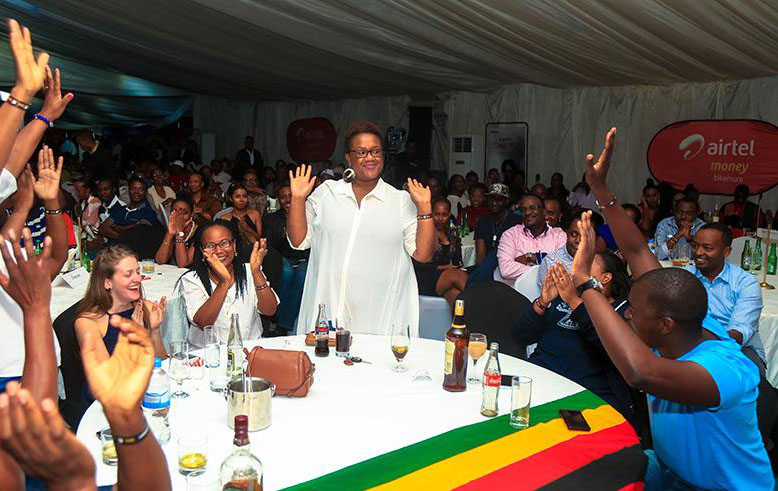 Some of the Zimbabweans who attended the Kigali show

As usual, the Neptunez Band set the evening in motion with jazz medleys of old classics, and in the course of their performance Mtukudzi and his band mates walked into the venue and, without a fuss, took seats in the VIP section to watch the show.

Bruce Melodie, the other main performer of the night came on stage at 9:45 pm, to show his fans how far he has come in as far as live performance is concerned.

The packed house soon joined him to sing along to some of his memorable hits, and even Tuku and his band members could be seen nodding their heads approvingly.

Tuku came on stage towards 11:00 pm, after a lengthy advertising break in which sponsors and advertisers’ messages were passed over.

“No culture is inferior to another. We should be proud to be Africans,” he said as he opened his set. It was one of the very few statements that he made on stage, on a night where his guitar and the music did more of the talking.

Over the next one and a half hours, his deep, guttural voice serenaded the crowd as his thorny lyrics explored different life struggles as inspired by his homeland.

Mtukudzi sings predominantly in the Shona, making it difficult for his foreign fans to sing along to his songs. He used the opening moments to fine tune his guitar, and by the third song, the seating in the VIP section was fast going out of fashion as everybody got grooving.

The dancing did not spare the high and mighty that were in attendance, including the Dutch, US and Kenyan ambassadors, and the Head of the EU delegation to Rwanda.

However with each song that he did, the crowd kept demanding for the one song that Tuku usually reserves to close the show –Todii.

Shortly after the stroke of midnight he launched into the song’s first two lines, before teasing the crowd that the show was over.

He was only pulling the legs of the over expectant crowd, which immediately voiced a loud chorus of protest: “We want Todii, Todii, Todii …” went the sirens, before he walked back to stage.

He performed a few more songs after Todii, ending his repertoire at approximately 12:30 am.

But the crowd hadn’t had enough of him yet, and when the MC asked if the show should proceed, the response was deafening and unanimous.

The NEP DJs had to continue the show with some DJ mixes as the dancing continued.