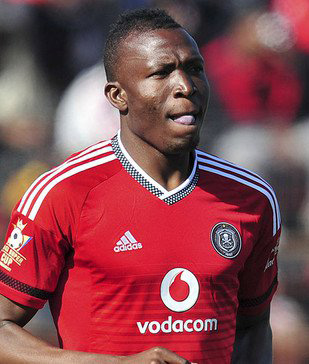 MPUMALANGA Black Aces say they have not received any offers for striker Tendai Ndoro after it was reported Orlando Pirates were interested in the player.
The Zimbabwe international forward scored seven goals for Amazayoni this season and has frequently been linked with a move to a bigger club.
However, Aces chairman Mario Morfou says the club have not been in contact with any rivals about the transfer of the forward.
“We don’t know anything. As far as we are concerned Ndoro has a contract with us until 2017,” Morfou told KickOff.
He went on to reveal the club is set to announce their new assistant and confirm former head coach Clive Barker still has a role with the club.
“We are working on the issue of new assistant coach and this will be announced in the next few days,” Morfou said.
“Clive Barker is still part of the structure. He is now heading up all our scouting divisions around the country. He has already set up a scout network in KwaZulu-Natal.
“He is busy with another one in Mpumalanga and there is going to be another in Johannesburg.”
Billiat: ‘Downs want redemption