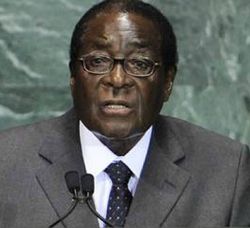 IF we were to go with the popular, media-driven sentiments and narratives, South Africa would not be relating well with Zimbabwe.
South Africa could pretty well have aided a “regime change” in Harare that would have seen the back of Zimbabwe’s veteran leader, President Robert Mugabe.
It is something Western countries, chiefly Britain and America, have demanded of South Africa. Zimbabwe’s own opposition often looks up to their more powerful and richer cousins.
However, South Africa has resisted these pressures, something that confounds watchers.
This week, President Jacob Zuma rolled out the red carpet for President Mugabe for bilateral talks under the framework of the Bi-National Commission.
Zuma attended the same fixture in Harare last year and, in the latest recent event, the two countries signed five cooperation agreements in several areas, from trade to migration. Mugabe’s visit came under a cloud, due to the case in which his wife, Grace, allegedly assaulted a model, leading to a diplomatic incident.
This attracted frenzied reaction, but South Africa invoked diplomatic immunity to protect the Zimbabwean First Lady.
The incident was being flagged by the media ahead of Mugabe’s visit this week, but it was to miss the point completely. Perhaps more than many of us care to admit, South Africa actually needs Zimbabwe.
Welcome to the world of realpolitik. Zimbabwe is one of South Africa’s top five trading partners and goods up to the value of US$5 billion exchange hands.
Beitbridge border post, Africa’s busiest port, is South Africa’s gateway to Africa.
There reportedly are over 120 South African companies doing business in Zimbabwe in various sectors, including mining, aviation, tourism, banking, property, retail, construction and fast food.
Some sectors, such as the retail sector, may yet actually provide South Africa’s biggest market.
It has been observed that South Africa has investments in Zimbabwe that may even surpass those of Britain and America at the moment. South African businesses and political elites are invested and investing in Zimbabwe.
South Africa needs to protect these interests and Mugabe’s Zanu-PF can be trusted to provide a cover – purely in a business sense. Already South Africa and Zimbabwe have about 40 cooperation agreements in various areas. South Africa is looking long term – and this is to well after President Mugabe.Advertisement

And Zuma, too.
When a new president comes in to lead the ANC, the trajectory is likely to continue.
Suppose it will be Cyril Ramaphosa: he was actually the guest of honour at Zanu-PF’s Annual People’s Conference in the ancient city of Masvingo, and he exuded camaraderie and gave a warming speech in praise of Zanu-PF. Even under Nkosazana Dlamini Zuma, the Zimbabwe policy will likely remain the same.
South Africa has paid off Zimbabwe with great political support – even at the level of the United Nations – and has also given a welcome fillip to Zimbabweans seeking greener pastures in the country. Just last month, South Africa extended a dispensation for special permits for Zimbabweans which will allow Zimbabwean immigrants some four more years or so.
It’s not something in keeping with popular and sometimes xenophobic statements from the media and some officials such as Fikile Mbalula and Herman Mashaba. Outside of the realpolitik, there are other powerful forces that also shape the matrix of SA-Zim relations: history and ideology.
On Tuesday, welcoming Zimbabwe, Zuma praised his counterpart for sacrificing for South Africa’s independence, which saw him being friends with former ANC president Oliver Tambo as the ANC opened an office in Harare.
Mugabe summed up the complex relationship with South Africa when he said: “We are one family because of geography, history, the revolutionary struggle we fought side by side and, of course, because of culture, blood totems and marriage We are one – one people, one revolution, one struggle, one future.” It will not be easy to break these bonds. And it is rather too much to expect the ANC to break with history and ideology and warm to Zimbabwe’s opposition.
Besides, Zanu-PF is the most realistic prospect for a stable Zimbabwe, and everyone needs that.
* Zindoga is a journalist and author currently studying at the University of the Witwatersrand. This article is taken from the Independent On Line