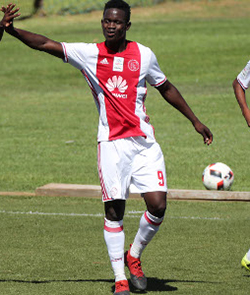 SOUTH Africa: Golden Arrows have confirmed the signing of Zimbabwe youth international and former Ajax Cape Town striker Thomas Chideu.
The 20-year-old forward terminated his contract with the Urban Warriors in August, having made only two appearances in his two-year stay at the club.
He has been training with the Durban-based side for the last few weeks and has now officially been added to their squad, with his status as a free agent allowing for the signing outside of the transfer window.
“Another prolific striker! We would like to welcome Thomas Chideu to the family,” Abafana bes’Thende tweeted.
Clinton Larsen’s Arrows side are second on the standings, two points behind Baroka FC.