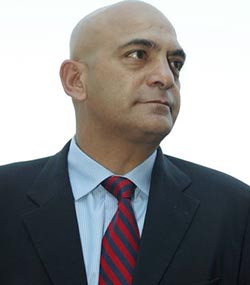 THE Development Bank of Southern Africa (DBSA) is studying proposals to finance expansion of the Kariba hydro power station, it has been revealed.
The development was confirmed at a seminar on the Zimbabwe Agenda for Sustainable Socio-Economic Transformation (ZimAsset).
DBSA Group executive for international finance, Moe Shaik told the seminar that the bank would assist with the expansion of the Kariba hydro and would continue to support the country’s economic recovery.
“We plan to increase our investments into the country but government needs to get a few things right; fix the investment laws,” he said.
“Government must create an enabling environment which attracts foreign direct investment as well as build sustainable institutions that spearhead infrastructure development,” Shaik said.
To date DBSA says it has invested US$270 million in various sectors of the Zimbabwean economy in the last four years but has said the country’s poor investment laws remain a deterrent for investors who want to put in more money.
Shaik said DBSA had extended financial support to public enterprises such as the Zimbabwe National Roads Authority and National Railways of Zimbabwe as well as private companies such as Zimplats and the Cotton Company of Zimbabwe.
DBSA is a development finance institution wholly owned by the South African government focusing mainly on large infrastructure projects in both public and private sector.
Addressing the meeting earlier, Deputy Minister for Finance Samuel Undenge said the government was working on ways to improve the ease of doing business in the country and one of these ways was the establishment of a one stop investment shop to facilitate investment.
Recently is was reported that the Zimbabwe Power Company (ZPC) was finalising a deal with a local financial institution to raise 10 percent of the funding for the expansion of the Kariba South Hydro Power, an official said.
The project will cost about US$355 million, with government through ZPC supplementing 10 percent which is about US$35 million. The China Exim Bank extended a US$32O million loan which will cater for the remaining 90 percent of the project funding.Advertisement