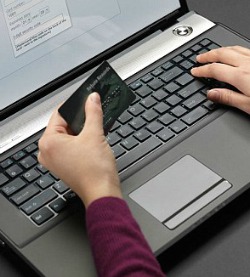 SOUTH African banks have been swindled out of millions of dollars this year by an international fraud syndicate that stole card details from restaurant chains, the Payments Association of South Africa said on Wednesday.
Card fraud has been on the rise in Africa’s biggest economy over the last two years despite efforts to replace magnetic stripe cards with the more secure chip variation, PASA said.
The latest scheme, which was devised through a variant of the software virus known as Dexter, most likely originated in Europe.
“It was certainly cleverly written. It took a while to detect,” said Walter Volker, chief executive at PASA, adding that all South African banks – including industry leader Standard Bank and smaller rivals FirstRand, Barclays Africa Group and Nedbank – had been affected.
The syndicate targeted computers at restaurant chains with a virus that sent back details of customer cards. The information was used to clone cards or sold on to other criminals, PASA said.
Standard Group, the continent’s largest bank, said some of its credit, debit and check card customers had been affected.
“Immediate and pro-active steps have been taken by Standard Bank and at an industry level to identify and limit the extent of the potential exposure,” it said in a statement.
Nedbank also confirmed that some of its customers had been affected, but said the number of incidents was limited.
No one was immediately available for comment at FirstRand or Barclays Africa.Advertisement