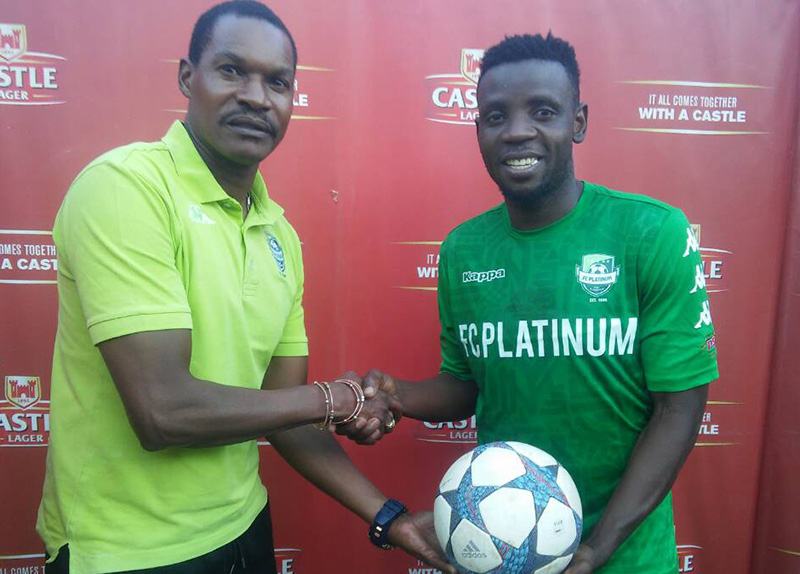 SOUTH Africa: Baroka FC coach Wedson Nyirenda is impressed with what he has seen from Zimbabwean signing Rodwell Chinyengetere in training.

Chinyengetere was signed towards the end of last year, but could only be registered when the transfer window opened earlier this week.

The former FC Platinum midfielder has been training with Bakgaga for over a month now and could make his debut against Limpopo rivals Black Leopards at Peter Mokaba Stadium on Sunday (15h30).

“We have Rodwell from Zimbabwe. We signed him some time in November and we were just waiting for this time [to register him],” Nyirenda said.

“I must say he is looking good. He is mature on the ball, he knows what he can do with the ball. This is not the end. We have some young boys on trial with us and I think you’ll be hearing one or two more coming to trial with us.”

Baroka finished the year with a crucial victory over Maritzburg United and they are determined to keep climbing the Absa Premiership standings. It won’t be easy, though, against a Leopards side that has improved immensely under the tutelage of new coach Dylan Kerr.

Lidoda Duvha picked up three points against Bakgaga in the first half of the season and Nyirenda hopes they can walk away with maximum points this time round.

“[It’s] a tricky one. I mean Leopards got the three points and [they] just have to share in order to be fair. This one we need to get our three points,” Nyirenda said.

“Towards the end [of 2018] we were looking good. We showed that now we are getting better, we are together. The togetherness in the team can be so evident.

“It will be a very exciting fixture. Leopards have changed their coach and after changing their coach that is when they got their results.”