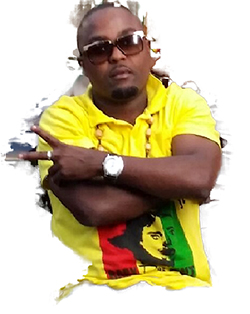 SOUTH Africa-based Zimbabwe Hip hop and ZimDancehall artist and poet, TMula has recorded a single for the first time since launching his music career 15 years ago.
The new offering is a collaboration with Pauline/Amai Skye, Rocky’s ex-wife, titled Sarura Wako.
TMula, real name Tapfuma Nzara, told NewZimbabwe.com in an interview that the single, which was launched last weekend.
“The single Sarura Wako is a love song made to give people happy feelings and encourage them to cherish their other halves.
“The album drops in January; so, this is one of the singles off the album,” he said.
Nzara said he had taken long to release any of his music because “fine wine matures with time”.
His Publicist Faith Muchovo said TMula’s material would cause a stir in the music industry.
“T-Mula has always been in the background making things happen, and now feels like it is his time to hog the spotlight for a long time!”
“He has been expected to erupt onto the scene for a while now by many who know him well.”
Muchovo said TMula has had to focus on work in order to survive and fund his musical project but had never stopped writing music for the past 15 years.
She said the Redcliff-born artist had written and recorded the soundtrack in Leon Schuster’s Mama Jack Movie, which was a box office hit, adding that he has also ghost written a number of tracks for various current artists.
“Having won numerous talent shows from his high school days at Prince Edward in Zimbabwe to Monash University in South Africa, Tapfuma is thought to bring a Bob Marley kind of effect to rap with his deep metaphors and powerful lyrics,” said Muchovo.
T-Mula was born in a music family and his father, businessman Shepherd Nzara, is a former Dj and club owner who made a mark in the Zimbabwean entertainment industry in the 1980′s.
His now late mother, Sharon Soma, was also a passionate musician who worked with the late Andy Brown and Chiwaniso Maraire in Zimbabwe.
T-Mula moved to South Africa in 2004 and has worked with several popular African artists and production houses, among them Davido, Cassper Nyovest, Jah Prayzah, Wizkid, as well as Dj Tira and Dj Maphorisa.
He is also an entrepreneur, having started a company called Mula VIP Rentals in 2013 which provides various props needed in film and TV productions and also focuses on luxury cars and property. Advertisement