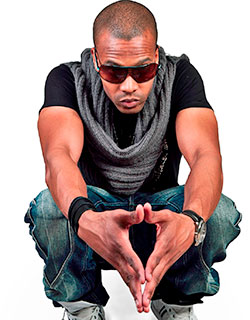 BORN Dylan King in Bulawayo, Zimbabwe, and raised in Rustenburg, Blayze is a B.Com marketing graduate who quit his 9 – 5 job in 2009 to pursue his lifelong dream of being a rapper and producer.
He was named Cleo Magazine’s Bachelor of the Year in 2010 and in 2012 became a presenter on entertainment show ‘Star Gist’.
The musician spoke to the Daily Sun about his upcoming first album, ‘Underground’, for which he collaborated with a host of well-known local artists, including Ntukza from Teargas, Mariechan from Jamali, Bongo Riot from Gang of Instrumentals, and Prokid.
“For everything I have done in my life, pursuing a music career and becoming a producer has always been a priority,” says Blayze.
“I think my marketing degree has come in handy because I have my own recording label. It is very important to understand how a business is run and how to market your brand.”
‘Underground’ drops on Friday, 22 November.
Blayze ft Fruity – Freeze & Pose