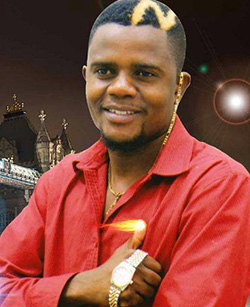 ZIMBABWEAN artistes who are based in South Africa are set to trek home to perform at the Heroes Day musical gala to be held in Plumtree next month.
Among the musicians who are set to perform at the gala are gospel singers Tholakele, Ben Masuku, Marvelous Sibanda and maskandi artiste, Mxolisi Mavundla, popularly known as Zinjaziyamluma.
Mavundla said he was looking forward to performing to an appreciative audience back home.
“I am happy to show my fellow countrymen what I am capable of doing. I promise that I will not disappoint and will give them a good show,” he said.
Mavundla said he also plans to shoot a video during the gala.
The artiste has been making waves on the South African music scene with most of his songs being featured on a KwaZulu-Natal television station. He has also toured the province with Khozi FM.
Sibanda told NewZimbabwe.com that he was quite excited to be performing in his home country for the first time.
Masuku said he was also looking forward to leave an impression with his Zimbabwean fans when he performs in Plumtree on August 10.
“Zimbabweans will get a chance to see the real Ben Masuku. I have heard my songs being played in some houses in Bulawayo but my fans will get the chance to see me live,” he said.
“I do not care whether there will be big artistes; I am not competing with anyone. I will be going there to entertain the people and will not be under any pressure at all.”Advertisement