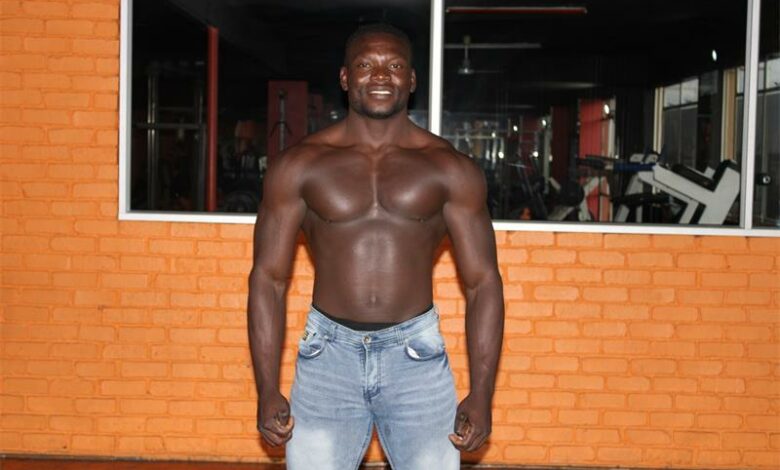 Petros Chakwanda from Edleen found his devotion to weightlifting at the age of 16.

The 28-year-old said growing up in Zimbabwe was not easy and he was raised by his grandmother after the death of his parents in 2010.

Chakwanda’s brother was in South Africa at the time and he had to quit school at a young age to become a herd boy.

“I was heartbroken to quit school. My passion for bodybuilding was built on revenging the fact that I had to quit school at an early age.

“I would be in the bush and chop down a tree to get rid of my emotion and I loved the feeling of blood pumping through my veins. I later discovered weightlifting and bodybuilding,” said Chakwanda, who joined a gym when he moved to Harare.

He eventually joined his brother in South Africa.

With the help of a supporter to pay for his gym membership, the young powerhouse joined a gym in Edleen.

He trains six days a week in preparation for shows in Thembisa and Boksburg. He aims to return to the Arnold Classic where he took sixth place in 2018.

Close friend and gym manager Wadson Kalumphu described Chakwanda as a dedicated young man who is passionate about what he does and never allows anyone to stand in the way of what he wants to achieve.

“My goal is to overtake Arnold Schwarzenegger as the greatest in bodybuilding,” Chakwanda said.

He is training for the International Federation of Bodybuilding and Fitness show to be held on May 7 in Midrand.