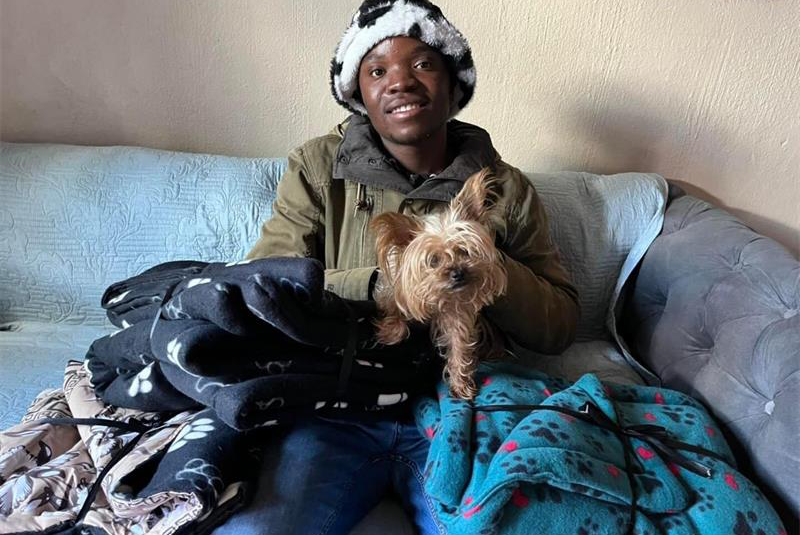 This is Denzel Chirunga – his is a story indicative of the essence of what Youth Month is all about; having the courage to showcase one’s tenacity, even when adversity seems to tell one they will not succeed.

You might have seen a post about him circulating on social media in recent days. The brief description of him explained, in part, that he makes dog beds to put himself through law school at the University of Johannesburg. As one can guess, the post was shared in various Facebook groups and it garnered him the support of many in varying communities.

But, as mentioned, his is a story of tenacity in the face of adversity, and here is why. Chirunga’s family is originally from Zimbabwe, and one fateful day, when his parents were travelling by bus to Zimbabwe. The bus was involved in an accident that killed them. At 17 years old, though he was left orphaned, he was not left alone as his grandmother came in to guide and nurture him.

Through her teachings she would teach him how to run a household, imparting on him the importance of learning how to cook, clean, and, the skill that would seemingly aid him most so far, sewing.

Now a first-year law student, his chosen course of study came about as he felt it was important to find a way to protect children who either are being abused or find themselves in abusive environments.

While he learns practices that will help him protect those most vulnerable, he, in the process of this is also making tails wag as he is sewing dog blankets – the profits of which he is using to put himself through tertiary. “I make these dog beds myself, from scratch,” he said.

A trade he thinks he wouldn’t have been able to achieve had it not been for his grandmother teaching him valuable entrepreneurial skills he would use today.

At first, when his grandmother was teaching him all these skills, he was frustrated at her but the more she taught him, the more he grew to realise it was all in aid of him, “Now I can make a living for myself selling these dog beds.”

Chirunga’s talents do not stop at just dog beds; he also makes makes iron-board covers, picnic blankets, place mats, car-seat covers and cushions. “I have sold a lot of dog beds so far especially within the Fourways area.”

His message to youth that are struggling is to embrace the skills that someone might want to teach you. “They are not ‘abusing’ you, rather they are teaching you a skill that will help you makes something of yourself.”