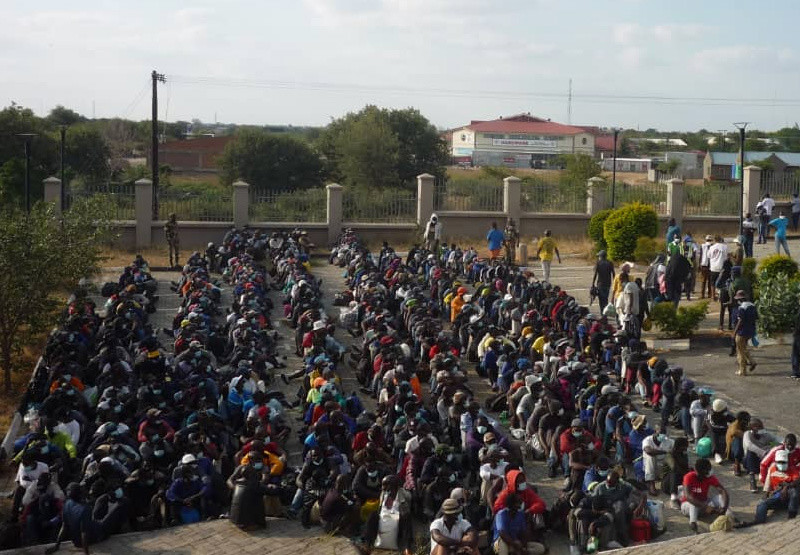 THE South African government has taken advantage of the COVID-19 outbreak in that country to deport some 130 Zimbabwean ex-convicts back to their troubled country.

Last week, South Africa gave amnesty to 19 000 in that country, including 130 Zimbabweans, as part of measures to curb the spread of the coronavirus after some inmates tested positive.

The deported ex-prisoners were serving time for different crimes ranging from murder, rape, robbery and fraud.

Meanwhile, Information Ministry secretary Nick Mangwana confirmed that a total of 527 Zimbabweans including the ex-convicts had been deported from South African and arrived in Zimbabwe Saturday afternoon.

The returning residents were also banned for the next five years from entering South Africa.

“Zimbabwe is expecting 18 buses through Beitbridge between tonight and tomorrow morning,” he said.

“These buses have 476 Zimbabweans deported from South Africa. A good number of the expected are ex-prisoners. They are coming from different detention centres, some for documentation issues.”

The government, through the department of social welfare is catering for their welfare while the health ministry is closely monitoring their health.

Information gathered by NewZimbabwe.com showed that 550 citizens had approached Zimbabwe’s embassy in South Africa requesting to be assisted to get back home.

The majority of them was working in the hospitality sector and others were doing menial jobs, but due to COVID-19, most companies in South Africa have shut down.

At the Beitbridge Border Post, South African immigration officials have imposed a five-year ban on the returning citizens.