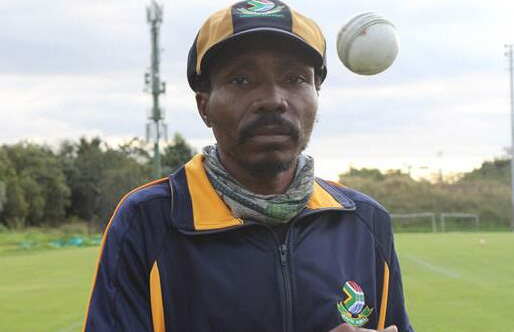 COACH Amos Maungwa of the South Africa Cricket Academy has always been destined for cricket.

His exposure to the sport has led him to many successes including the establishment of his academy in 2018.

Based at George Lea Park in Parkmore, the academy primarily focuses on giving children from Alexandra a platform to experience life without the influence of crime and poverty, by playing cricket.

Maungwa, who was born in Zimbabwe, developed his coaching skills during his time in KwaZulu-Natal in 2002. According to the coach, he uses his skills and knowledge as a tool to eradicate poverty.

Children of his academy have been known to receive scholarships to various prestigious schools in South Africa such as the likes of Lebo Mokwena who now attends St Charles College.

Maungwa talked about his success with the academy.

“When Francis Nkuna and myself started with the idea of establishing South Africa Cricket Academy, we met with Edward Khoza and Anton Ferreira who are important individuals at Cricket South Africa in hopes of making it possible.

To my surprise, they responded with positive feedback. [Part of the feedback] was how our operation would better disadvantaged communities. Straight away I handed them my Alexandra development concept. They loved it and agreed to help me.”

With many good things happening, there were times when Maungwa was faced with obstacles which nearly led to the downfall of his academy.

“A lot of sponsors that wanted to partner up with the academy all pulled out due to a contract that was supposed to be signed three years ago…. Another obstacle that I faced was the disconnection of my vision – a few people felt threatened by seeing children from Alexandra winning.

“I am passionate about my players and the sport because, for me, cricket was a way out of poverty. I see it as a tool to rescue others from poverty.”