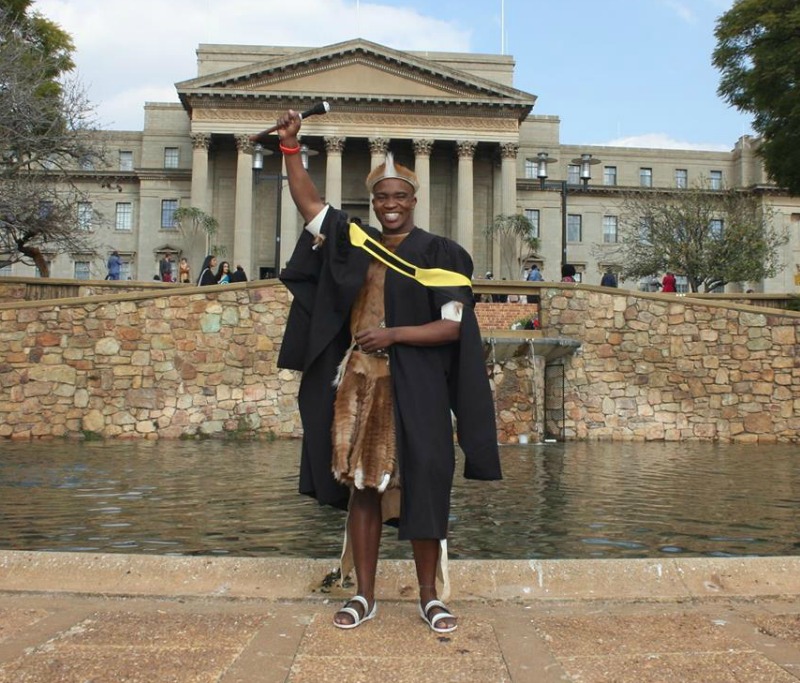 BATTLING depression‚ sexual insecurity and a calling from the ancestors – all while juggling schoolwork – has been one hell of a ride for this proud graduate.

Upon his arrival in Johannesburg from Imbali in Pietermaritzburg in 2013‚ Thabiso Bhengu found himself lonely and sad. He had enrolled in a BSc in actuarial sciences at the University of the Witwatersrand‚ but it left him uninspired and depressed.

“It was not a passion‚ it was something that ‘smart’ people and those who want money studied. Coming from a small town‚ the work did not encompass my reality. I am passionate about social justice‚ so in my second year I switched my studies to a BA in politics‚ philosophy and economics‚” says Bhengu.

After making the change‚ all seemed to be going well. He was top of his class and his intellectual aptitude was showing. But amid his newfound academic glory‚ Bhengu had to confront his own confusion over his sexual identity – and a calling to become a sangoma!

“It was a particular kind of madness and the most traumatic time of my life‚” he recalls.

“I realised I had a gift when I started communicating with spirits on campus. I started becoming blind – I couldn’t see the question paper or any text in my textbooks. I had to leave school for sangoma initiation. I needed to accept my calling.”

His fortunes soon improved. By some miracle‚ he won R17‚000 in a competition‚ which he says was “exactly how much I needed for the initiation”.

The university allowed him to temporarily halt his studies, and so began the next phase of his journey.

Coming from a Christian family‚ his newfound path caused confusion and a rift between Bhengu and his family. “It came across as though I was possessed by a demon. They did not understand where I was until I started warning them of the dangers. It was sad because to them I was a fortune-teller without a fortune. But eventually they came around.”

Bhengu had to go through five healers before finally getting the help he needed. “I encountered so much jealousy because I am queer‚ young and in academia.

“At some healers I was almost raped‚ and I was robbed all the time. At the end I found someone who guided me and initiated me the right way‚” he says.

He returned to university a bitter and wounded sangoma – but his vision was back and he could get on with his studies.

It wasn’t all plain sailing‚ however‚ as his mental health took another turn for the worse.

“At some point I became mentally disturbed. I was afraid of my shadow or even looking at the sky. It was bad. I was on antidepressants and heavy tranquilisers. A part of me felt betrayed by the spirits‚ but I cannot cry over spilt milk.”

On Wednesday this week‚ against all odds‚ Bhengu graduated.

“I saw the outfit I wore in my dreams in my first year‚” he says. “My ancestors instructed me to not wear suits or any of that.

“My graduation was a bittersweet triumph. It was a proclamation that some may have tried to make me hate my ancestors‚ but here I am!”

University was a traumatic period for Bhengu but he has emerged a stronger person.

“Now it’s on to the job hunting. It’s no longer a spiritual war but economic warfare on the black child!” he says.

Bhengu has come to appreciate his gift and consults at his home on weekends. “A lot of people don’t believe queer people should be trusted with the gift‚” he smiles. “But I love my gift!”