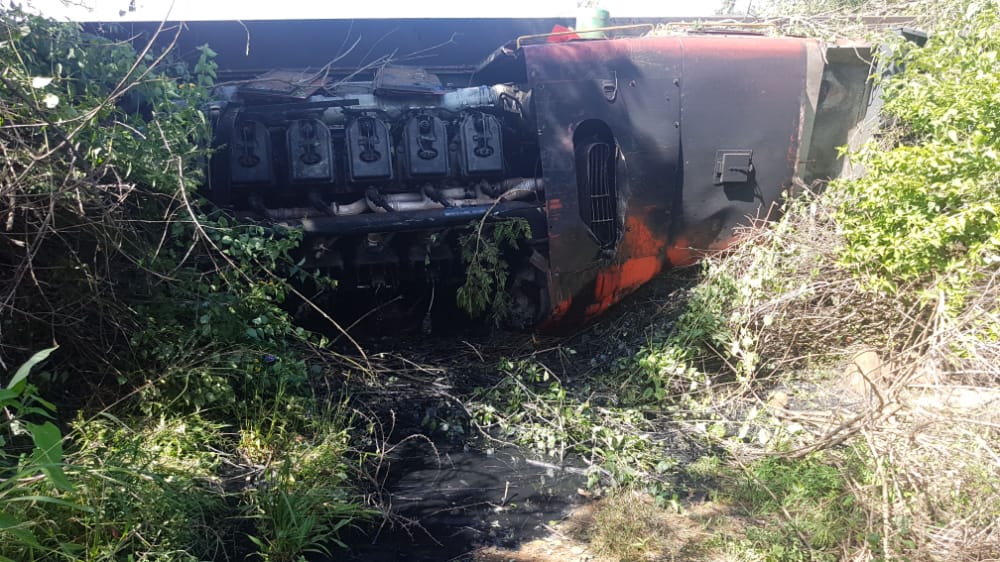 Nyazura: The locomotive which derailed and killed an engineman between Tsungwesi and Tikwiri between Mutare and Harare recently was on a hire from a South African company Traxtion Sheltam.

Two fitters from Traxtion Sheltam who were seconded to National Railways of Zimbabwe (NRZ) to service the engines were seriously injured during the accident.

The South African hired locomotive was pulling 22 wagons with 800 tonnes of chrome ore to Port City of Beira in Mozambique.

The ore belonged to Zimasco which had hired the locomotive and the wagons.

The engineman died on the spot after he was trapped in between the wagon while the NRZ guard was injured.

President Emmerson Mnangagwa in 2018 commissioned 108 wagons, 7 locomotives and eight passenger coaches sourced from South Africa for the revival of the NRZ.

The locomotives and coaches were on lease.

The development follows a US$400 million deal struck between NRZ, a South African firm Transnet and a group of Zimbabweans in Diaspora united under the banner Diaspora Infrastructure Development Group (DIDG).

“The locomotive was extensively damaged. As you know, as NRZ, we are hiring locomotives from Sheltam in South Africa. Zimasco hired the locomotive from NRZ to move their ore to Beira and we had 22 wagons,” said Maravanyika. 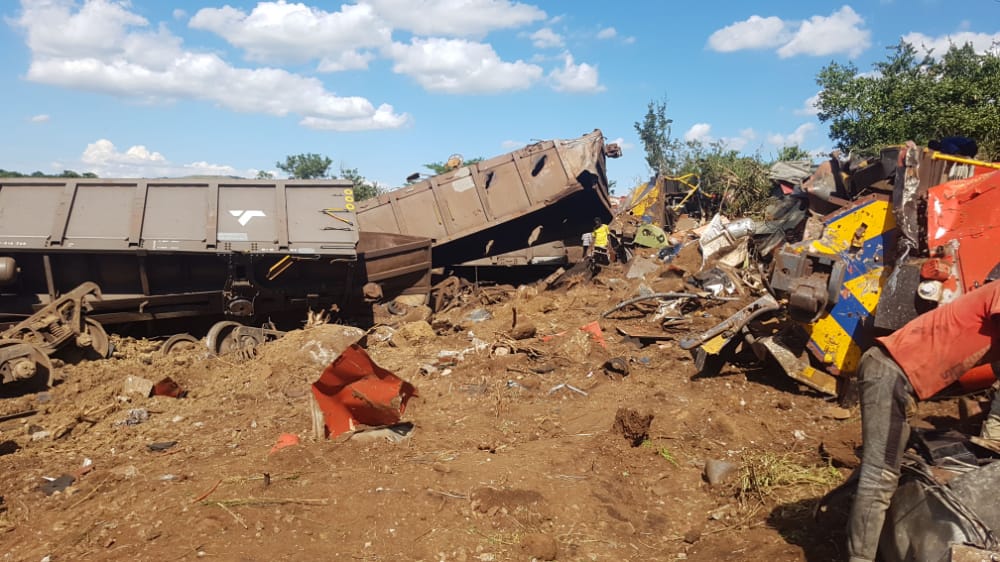 He said their marketing team was working to ascertain the extent of the damage on the product and the property.

“Our marketing will be working to ascertain how much was left in terms of the product. We also investigating the cause of the derailment,” said Maravanyika.

He said there were four-member crew members aboard the goods train.

Maravanyika said the deceased was an NRZ engineman while the other two were fitters who were seconded by Sheltam South Africa and the other one was an NRZ guard.

“Unfortunately, we lost our engineman in the accident. His body was found the following day after he was trapped in between the locomotive.

“The injured were rushed to Rusape general hospital and later transferred to Harare where their condition is reported to be stable,” said Maravanyika, adding, “We are very saddened by this accident and as NRZ, we will continue to improve the safety standards of our employees when they are on duty”.

He however, assured other stakeholders that despite the accident, resumption of railway rehabilitation will soon commence as it only takes four days to rehabilitate the affected 150 metre stretch to allow a return to smooth operations.

He also thanked the local community for rescuing and ferrying the injured to the hospital.

“We appreciate the role which was played by the community during the mishap. We are very grateful to this kind of responsibility,” said Maravanyika.

Police identified the deceased as Collet Gwinhi (age not given) of Harare, and the injured as  Kudakwashe  Bhande (48), also from Harare as well as Danie, a white Zimbabwean whose age was not given and Humphrey Celane Dingane (60) of Bulawayo.